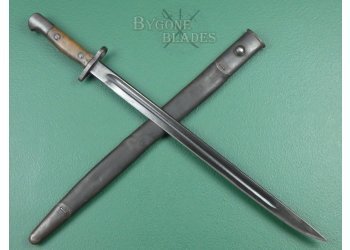 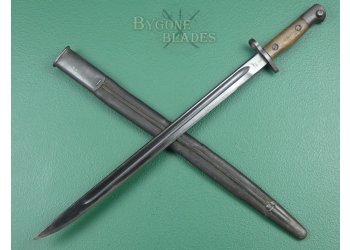 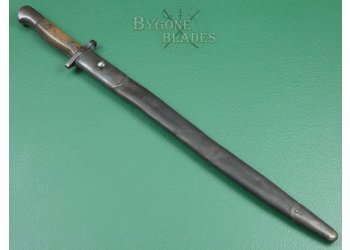 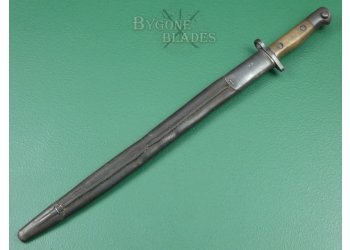 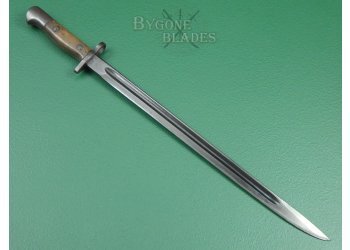 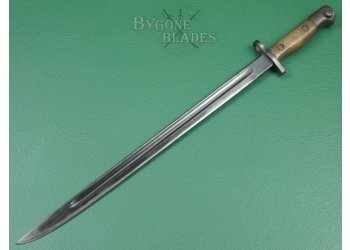 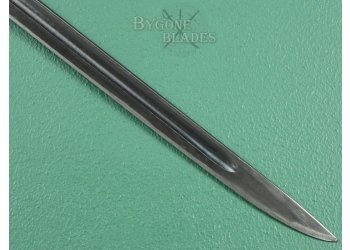 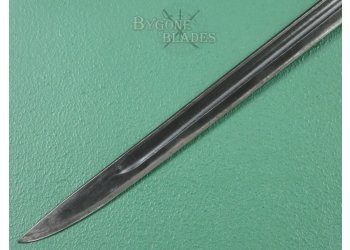 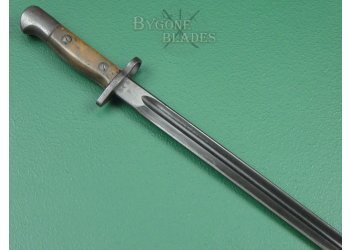 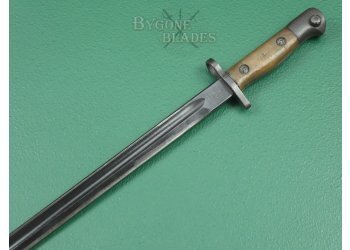 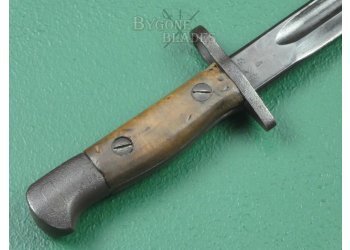 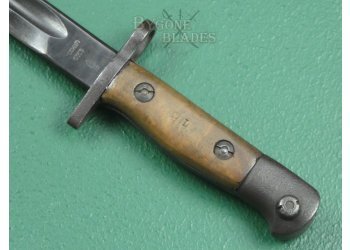 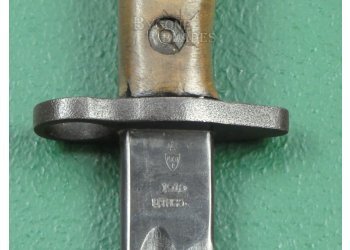 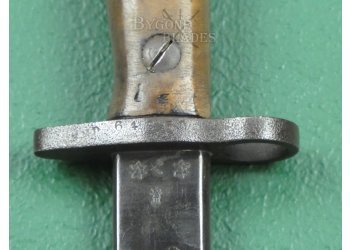 Scarce Australian Pattern 1907 bayonet made in 1919 at the Lithgow Small Arms Factory in New South Wales.

The 431mm, single edged blade has a long narrow fuller and rounded spine. The edge was sharpened for combat and retains its edge. The blade is in good condition, retaining almost all of its original black finish. The ricasso is marked with the manufacture date 1919, the maker’s name, “LITHGOW” and a shield containing the pattern designation, 1907 over the numeral 1. Above the shield, closest to the cross-piece is an early Lithgow proof mark, a seven-pointed star containing an A.

The bayonet is complete with its early production leather scabbard with a small round frog stud. The scabbard is in reasonable to good condition. The stitching is intact and strong. The steel locket and chape retain their original blueing.

This is a good example of a scarce, early Lithgow P1907 bayonet.