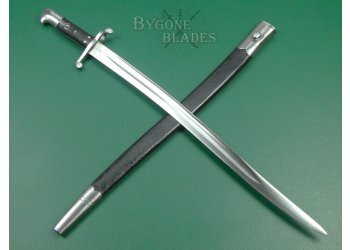 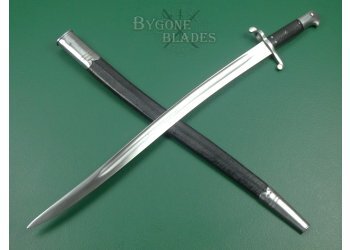 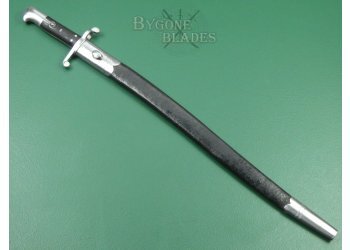 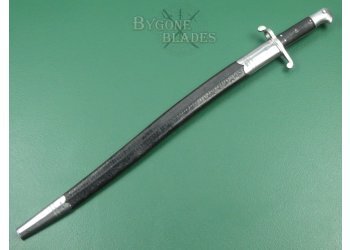 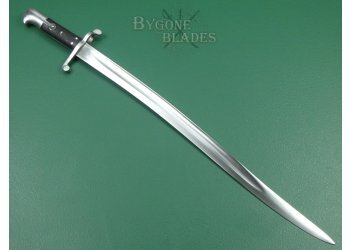 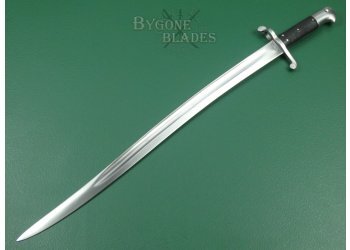 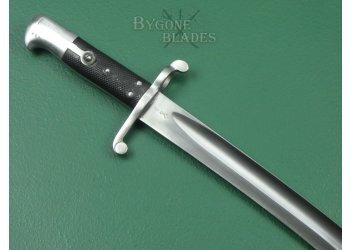 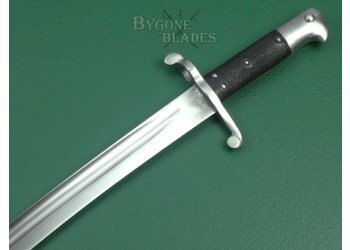 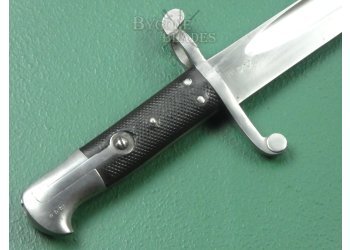 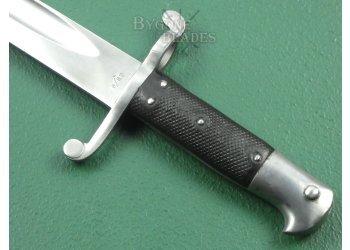 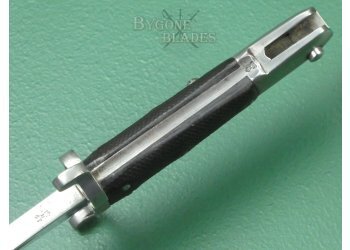 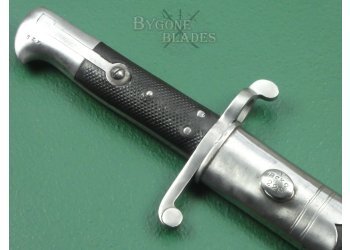 Initially, this Yataghan sword bayonet was only issued to NCO's and rifle regiments.

The 580mm single-edged re-curved (yataghan) blade has a flat spine and deep single fuller on each side. The bayonet has a 170mm upper false edge and terminates in a spear point. The spine bears the letters, A T and a Birmingham inspection mark. The blade is in excellent condition with minimal age and use related marks and wear and only a few small speckles of pale tarnish.

The iconic steel crosspiece with cock’s comb finial is bright and free of rust and the muzzle ring has been bushed to approximately 18mm. The mortice slot adaptation on the top of the pommel bears an Enfield inspection stamp and the side of the bird beak pommel is stamped with the issue number 229, which matches that on the frog stud of the scabbard. The press-stud and external spring locking mechanism work perfectly. The leather grip scales are in good condition.

The bayonet is complete with its original, matching numbered leather scabbard with steel mounts. The frog stud on the steel locket is unit marked to the Berkshire Regiment with the issue number 229. The locket and chape are in good condition, bright and rust free. The leather is in good condition and the stitching is intact and tight. The bayonet sheathes and draws smoothly and is held firmly within the scabbard.

This is a rare and sought-after Martini-Henry yataghan sword bayonet in very good condition.