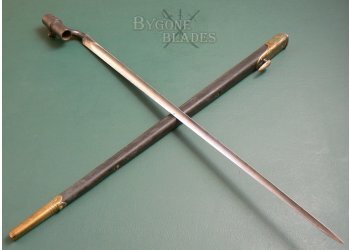 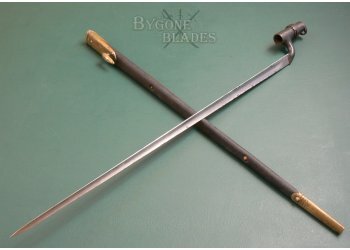 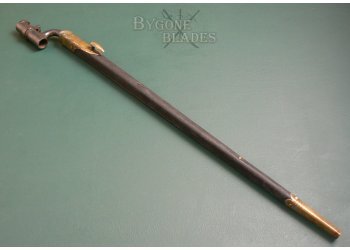 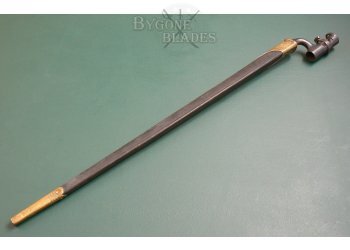 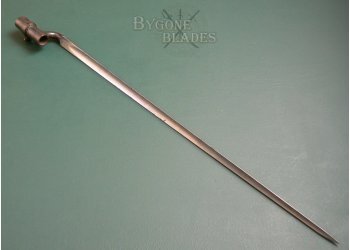 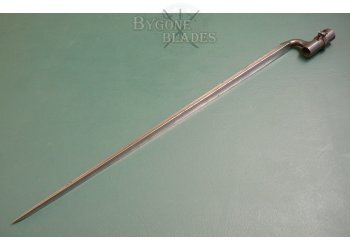 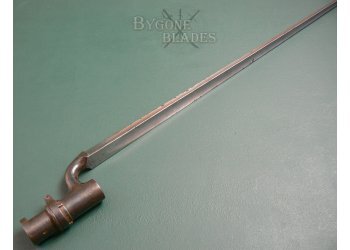 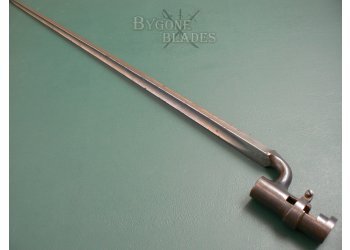 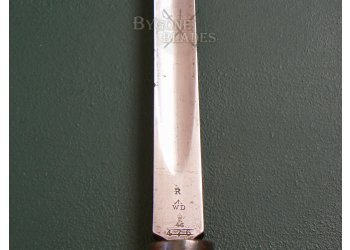 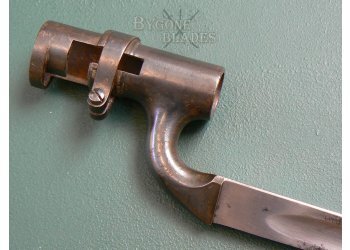 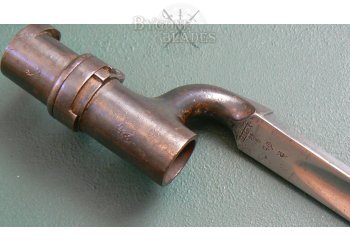 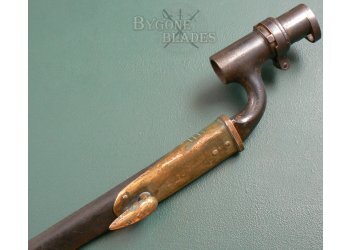 The Martini Henry Pattern 1876 socket bayonet, officially named the “Bayonet Common Long” was nicknamed the "Lunger" by the troops. The blade is triangular with blunt edges and was purely a stabbing weapon.

The 546mm tri-form blade is in very good condition with small areas of tarnish and shallow pitting along the edges. The base of the blade is nicely stamped with the War Department “WD” stamp, Broad Arrow, Enfield inspection and reissue stamps. These stamps are overlaying earlier WD, Broad Arrow and inspection stamps. The issue number 476 has been struck out. This would have been done when the bayonet was sold out of service as indicated by the inverted arrows stamped on the frog stud and socket. The absence of a date stamp on the blade indicates that the bayonet was produced prior to July 1882.

The socket is in good condition with its original blueing remaining. There are some small patches of rust below the blueing. The socket is stamped on top with the inverted arrow mark. The mortise ring on the socket works perfectly.

The second pattern, brass mounted black leather scabbard is in very good condition. The presence of two brass rivets on the scabbard date it to post July 1877. The brass locket with integral frog stud is marked with an Enfield inspection stamp, WD and arrow. The teardrop frog stud is stamped with the inverted “sold out of service” arrows. The brass chape is also marked with a WD and arrow. The leather is in good condition and strong. The first 80mm of stitching below the locket has perished but the rest of the stitching is intact and tight.

This is a better than average example of the iconic Anglo-Zulu War Martini Henry bayonet, made between July 1877 and July 1882.