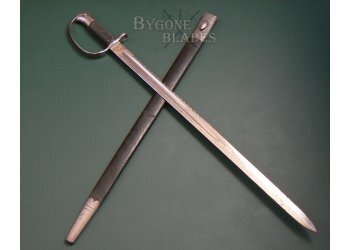 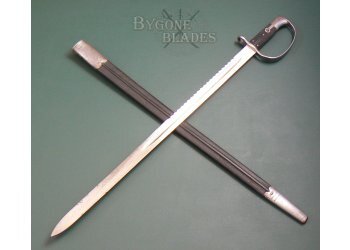 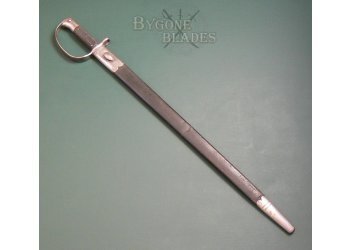 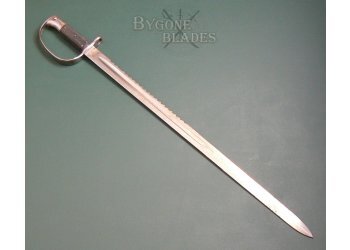 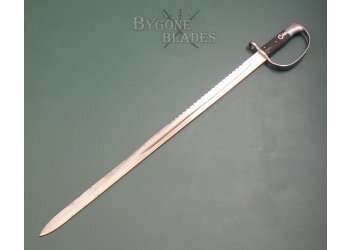 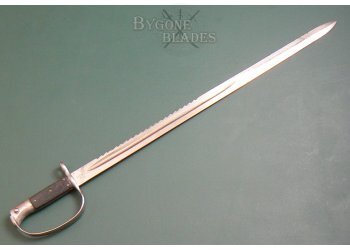 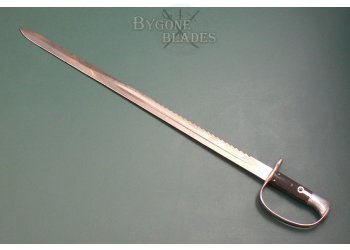 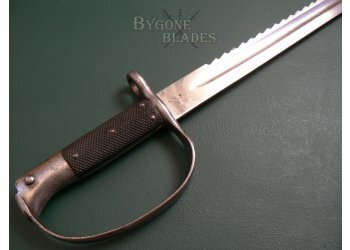 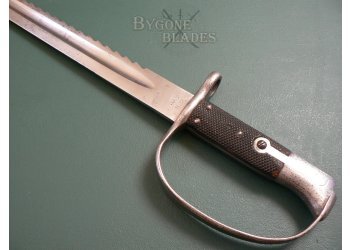 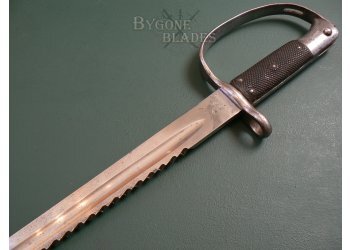 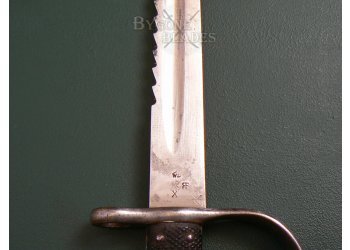 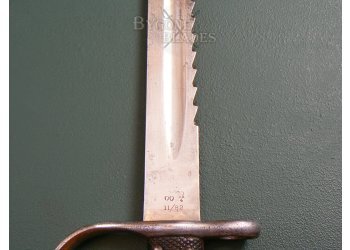 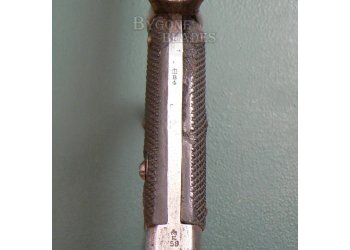 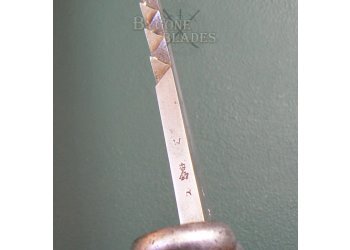 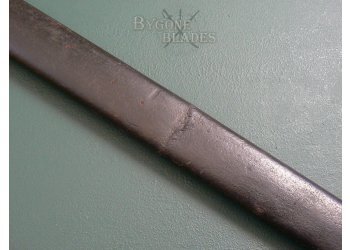 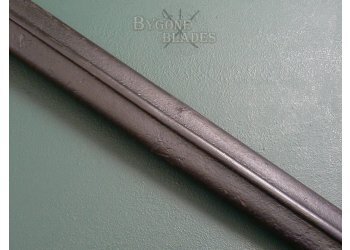 The 657mm blade is double-edged for the last 220mm and terminates in a spear point. The blade is in very good condition, clean and bright with only a few small patches of speckled tarnish and marks from use.

The ricasso bears the War Department stamp and broad arrow, a bend test cross and Enfield inspection stamp as well as a later sold out of service stamp. The obverse ricasso bears the crowned VR cipher and the manufacture date of November 1882. There is also a Birmingham re-issue stamp dated 1900, probably for service during the Anglo-Boer Wars. The spine is marked with an Enfield inspection stamp and an “R” reissue stamp. Interestingly, there is also a “W” stamp. I am unsure as to what this stamp means.

The steel D-guard is bright and clean with a pale age patina and is free of rust or pitting. The knurled leather grips are in great condition and the press-stud and external leaf spring mechanism work perfectly. The spine of the grip bears both Enfield and Birmingham inspection marks along with some worn and illegible stamps.

The bayonet is complete with its original steel mounted black leather scabbard. The leather is in great condition but has a crack mid-way down. The crack has not separated and does not go all the way around the scabbard but care should be taken when drawing the bayonet in order to avoid further damage. The stitching is intact and tight. The steel locket is stamped with the issue number 55 and the frog stud bears the War Department arrow.

This is a very good example of an early production, rare P1879 sword bayonet with stamps suggesting Boer War reissue.