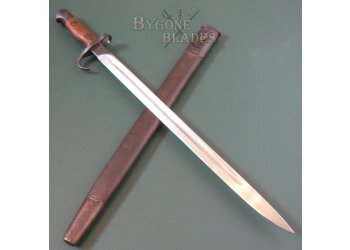 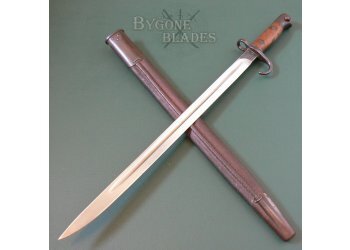 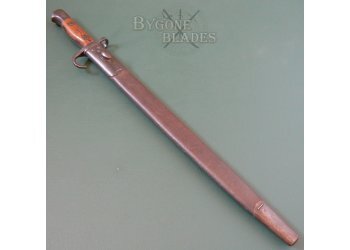 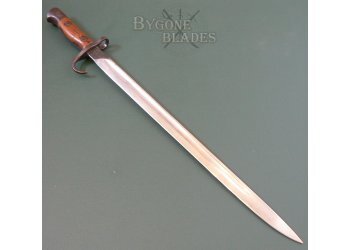 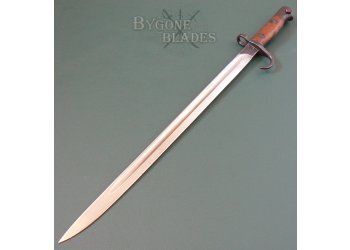 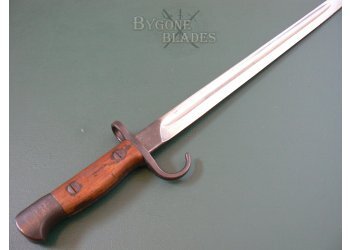 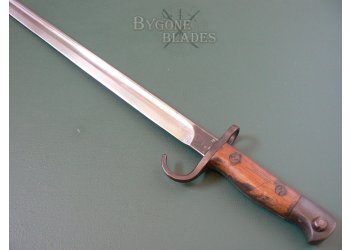 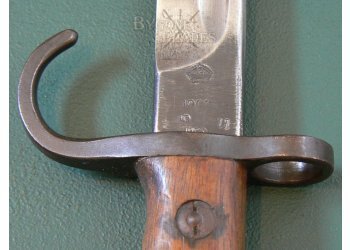 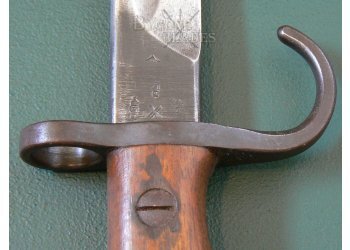 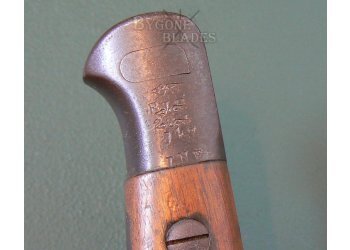 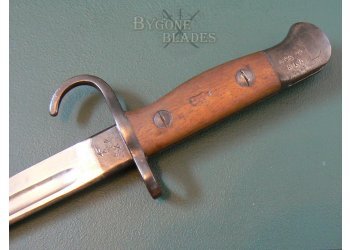 Rare pre-World War One Hooked Quillon bayonet made by The Royal Enfield factory in October 1911 and issued to the 2nd Battalion, Royal Inniskilling Fusiliers. Its issue number was 147.

The 2nd Battalion, Royal Inniskilling Fusiliers were deployed to France in August 1914, at the beginning of World War One. The Battalion fought on the Western Front, the main theatre of the war, throughout World War 1 and were involved in some of the bloodiest battles. The regiment were heavily involved in the Battle of Le Cateau on the 26th August 1914.

The 432mm, single edged blade has a long narrow fuller and rounded spine. The edge was factory sharpened. The blade is bright and clean, in excellent condition.

The ricasso retains its original blueing and is marked with a crown over the pattern date 1907 and the date of manufacture 10 ’11 below which is stamped “EFD.” The obverse ricasso bears the War Department broad arrow, bend test stamp and three inspection and acceptance stamps.

The hooked quillon and muzzle ring retain their original blueing, as does the steel pommel, which is stamped with the regimental markings “IN. F” and the issue number “147.” An earlier, crossed out issue was to the Royal Irish Rifles who also saw service on the Western Front throughout World War One.

The bayonet is complete with its Enfield made No1 Mkll leather scabbard with a teardrop stud. The scabbard is in very good condition. The leather and stitching are sound. The scabbard is stamped with the EFD maker’s mark, Broad Arrow and date.

This is a great example of an iconic and rare British bayonet, unit marked to a famous regiment.