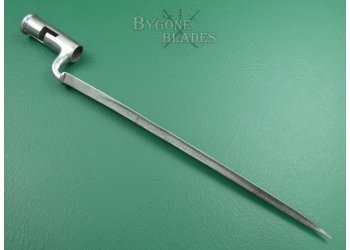 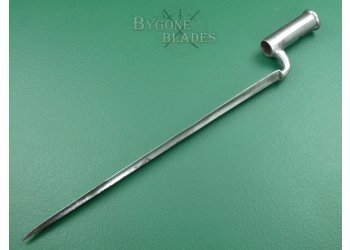 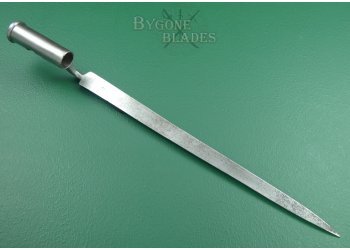 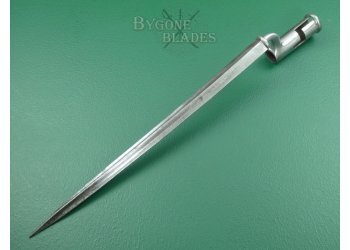 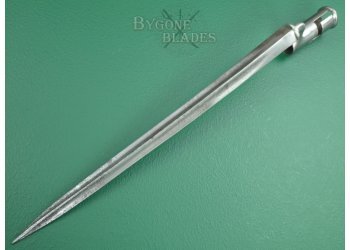 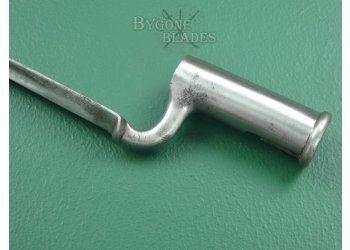 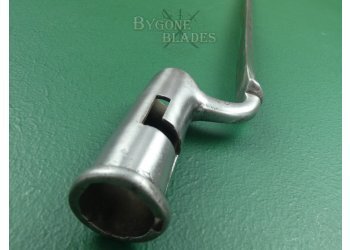 The “India Pattern” socket bayonet was so called because it was made on contract for the East India Company (EIC) for use with their .75 calibre India pattern Brown Bess muskets. When Napoleon began invading and conquering the countries of Europe, Britain ramped up their own preparations for war and in so doing, adopted the EIC’s India Pattern Muskets as they were simpler, faster and cheaper to produce. They were also available in large numbers and stock of India pattern bayonets and muskets were commandeered by the Board of Ordnance. EIC contracts with private sector manufacturers were also taken over with all arms production being diverted for the war effort.

The bayonet has a total length of 533mm comprising a 100mm long socket with an internal diameter of 25mm at the front and 26.5mm at the back joined by a steel elbow to the 428mm triangular blade. The bayonet is in good condition and the elbow is stamped with the number 40. Repeated polishing has all but worn away the markings on the blade and only very faint traces remain.

This is a good example of a socket bayonet for the famous Napoleonic Wars India pattern Brown Bess musket.