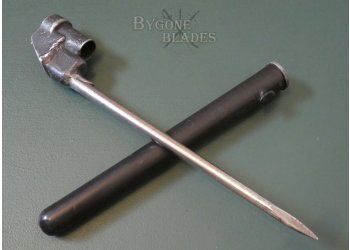 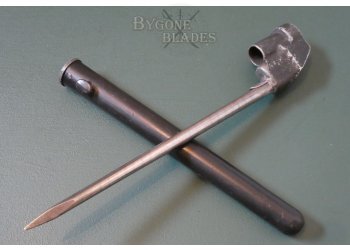 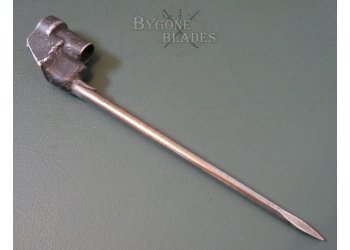 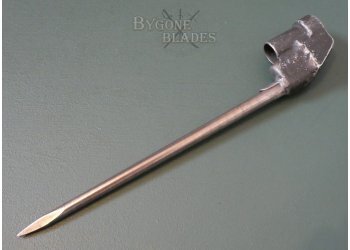 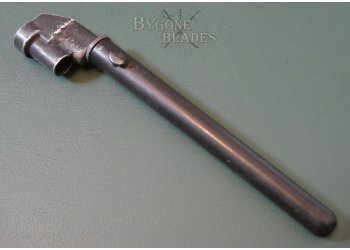 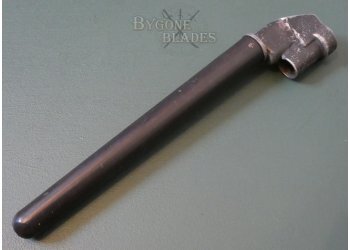 The bayonet is complete with a rare Mk III (type) parallel sided plastic scabbard with tear drop frog stud. This scabbard does not conform to the official Mk III pattern (that was never produced) and has no formal entry in the list of changes. Ian Skennerton in his book “British and Commonwealth Bayonets,” suggests that these scabbards were produced in North America (USA or Canada) but this is not confirmed and production numbers of these Mk III experimental scabbards are not available. It is thought that around 100,000 were made.