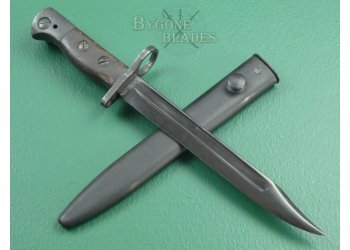 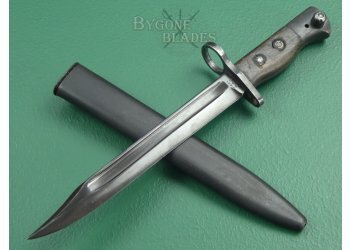 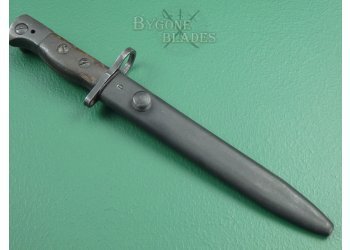 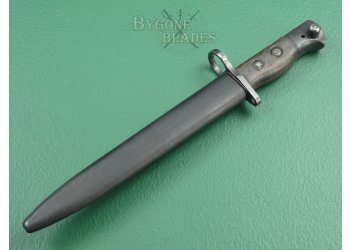 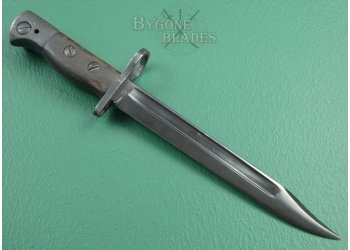 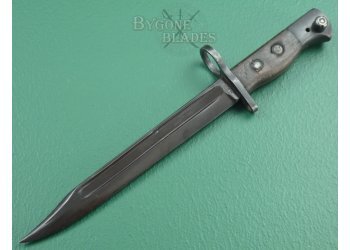 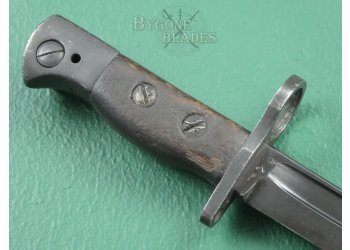 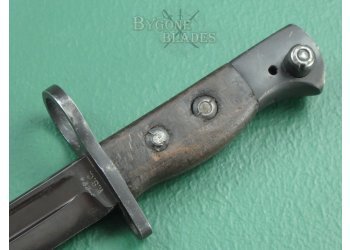 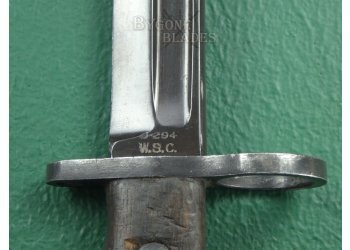 Rare No.5 Mk1 second production bayonet for the No.5 Mk 1 Lee Enfield carbine. Mk1 early or first production run bayonets had only a single screw through the grip scales and are incredibly rare.

This bayonet was produced by the Wilkinson Sword Company, London.

The 203mm clip-point Bowie blade has a single edge and long single fuller below the rounded spine. The blade has the scarce blued finish and is in excellent condition and retains its factory edge with no additional sharpening. The ricasso is stamped with the WSC mark of the Wilkinson Factory, and Wilkinson’s war-time dispersal code, S294. The obverse ricasso bears a broad arrow stamp, a bend test X and a small crowned inspection stamp.

The wrap around wooden grips are in good used condition and are held tightly in place by two screws. The beaked pommel and cross guard retain their original finish and are in good condition with age and service related marks. The press stud is in perfect working order.

The bayonet is complete with its original Mk II scabbard. The top is stamped with the Vanden Plas factory dispersal code S286. Vanden Plas only produced 20,000 No.5 scabbards. The scabbard retains its original black finish and the bayonet sheathes and draws smoothly and is held firmly.

This is an excellent example of a scarce British Jungle Carbine bayonet with a factory blued blade.