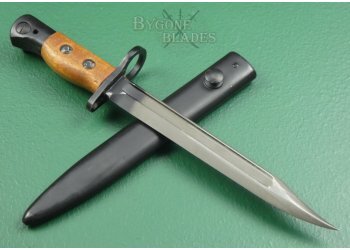 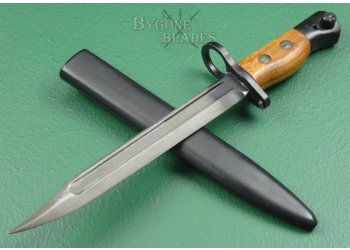 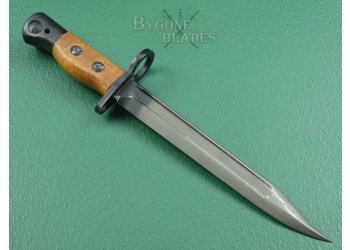 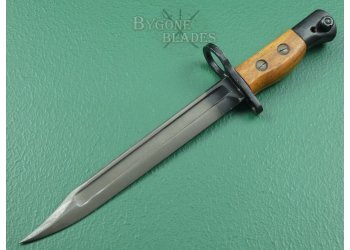 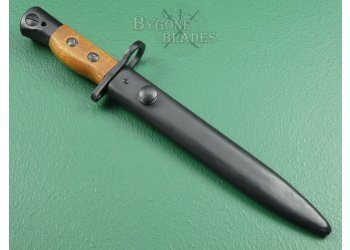 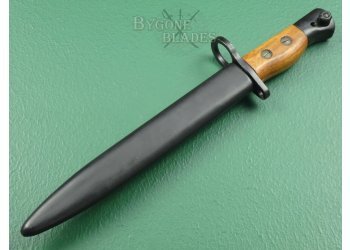 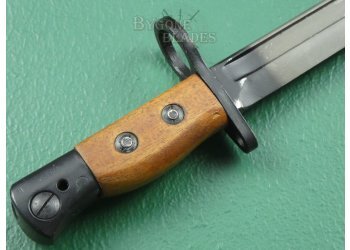 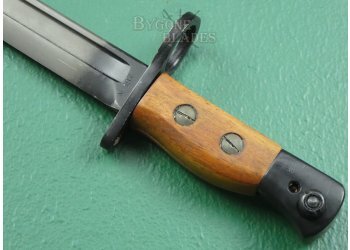 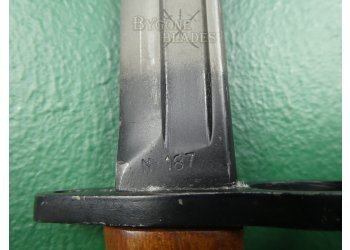 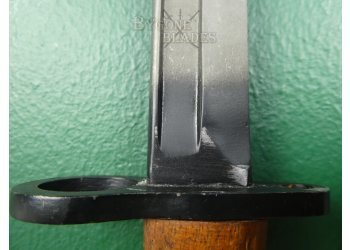 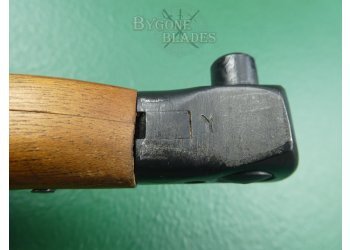 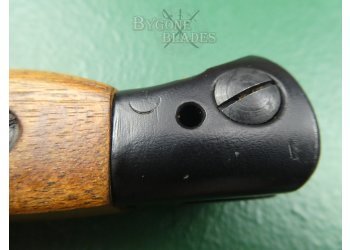 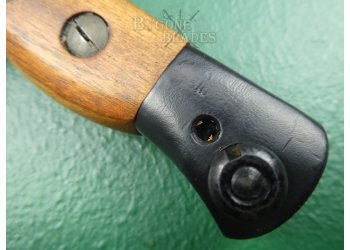 The 203mm clip-point Bowie blade has a single edge and long single fuller below the rounded spine. The blade is in excellent condition and retains its original finish and factory edge. The blade has a matt (sand blasted) finish with minimal scabbard wear.

The ricasso retains most of its original blackening and is stamped with the wartime dispersal code N187, denoting the Radcliffe factory. The obverse ricasso bears a partially struck bend test X.

The wrap around wooden grips are in excellent condition and are held tightly in place by two screws. The steel pommel bears three letter stamps, a Y, E & L. The press stud is in good working order.

The bayonet is complete with its original, Mk1 scabbard. The scabbard retains its original black finish.

This is an excellent, unissued and near mint example of a scarce No.5 bayonet by Radcliffe, one of the rarer makers.