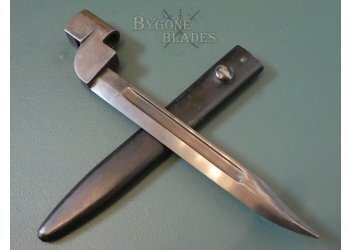 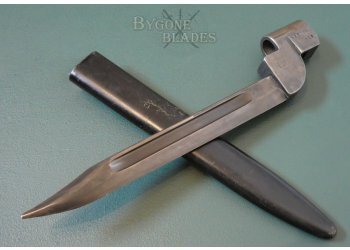 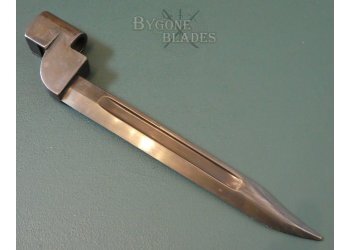 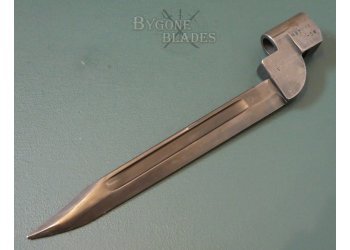 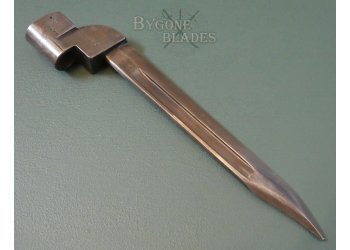 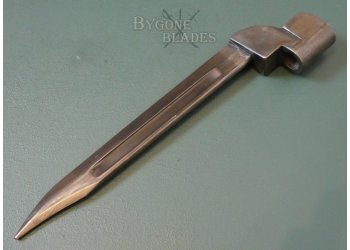 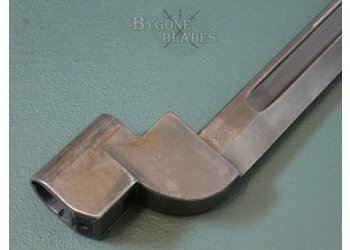 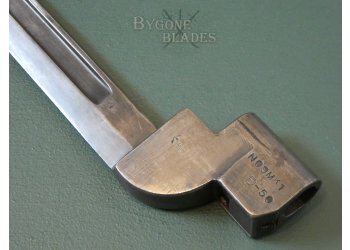 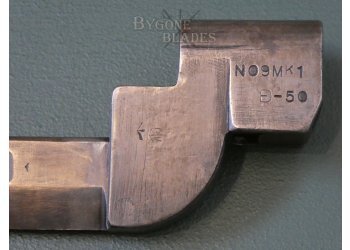 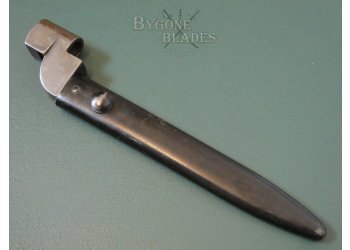 The British No.9 Mk1 socket bayonet was the result of a post-war desire to replace the unpopular No.4 spike bayonet. Production commenced in 1947.

This bayonet was made at Enfield in 1950. The 202mm Bowie style blade has a rounded spine and terminates in a sharpened clip point. The blued blade has a deep single fuller and a factory sharpened edge. The blade retains its original blued finish and is stamped on the forte with a bend test X. The obverse forte bears an arrow stamp.

The socket bears the Enfield maker’s mark, a D containing an over stamped E and F. The year of manufacture, “-50,” is stamped beside the maker’s mark on the socket block. Also on the right-hand side of the socket block is a War Department arrow stamp and another stamp that I am unfamiliar with, a thinner arrow, the shaft of which separates the number 71 from a symbol similar to a J or incomplete d. The front of the block above the blade bears an Enfield inspection stamp. The top of the spring catch bears a Broad Arrow stamp and the Enfield maker’s mark.

The bayonet is complete with its No.5 Mk I scabbard made by the Wilkinson Sword Company. The scabbard bears Wilkinson’s dispersal code, S294 above the round frog stud. The scabbard is in great condition and the bayonet sheathes and draws smoothly and is held firmly within.

This is a very fine example of the iconic British post war No.9 bayonet.