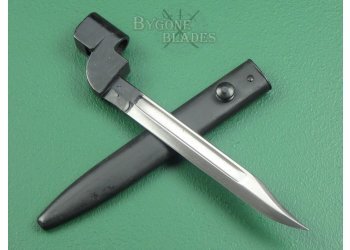 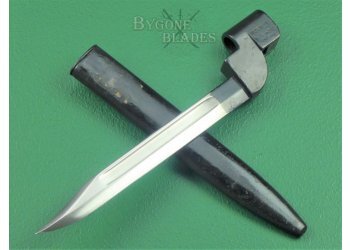 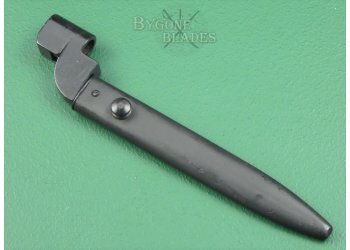 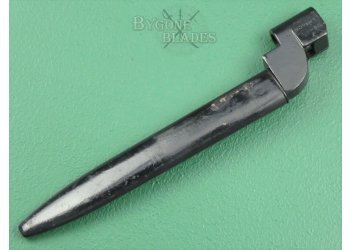 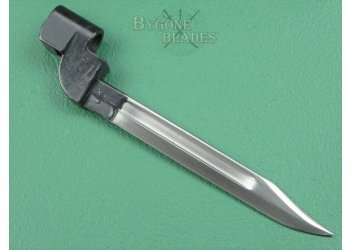 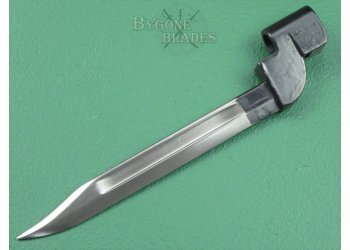 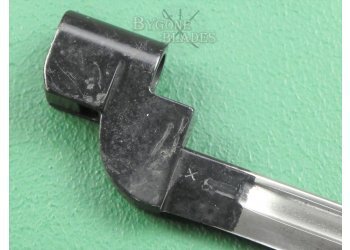 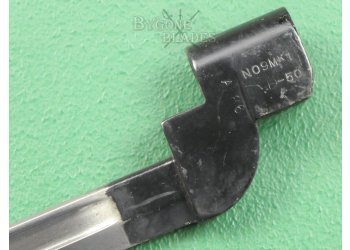 The British No.9 Mk1 socket bayonet was the result of a post-war desire to replace the unpopular No.4 spike bayonet. Production commenced in 1947.

This bayonet was made at Enfield in 1950. The 202mm Bowie style blade has a rounded spine and terminates in a sharpened clip point. The blade has a deep single fuller and a factory sharpened edge. The blade retains its original finish and is stamped on the forte with a bend test X. The obverse forte bears a War Department arrow stamp.

The bayonet is complete with its No.5 Mk I scabbard. The scabbard is in great condition and the bayonet sheathes and draws smoothly and is held firmly within.

This is a very fine example of the iconic British post war No.9 bayonet.