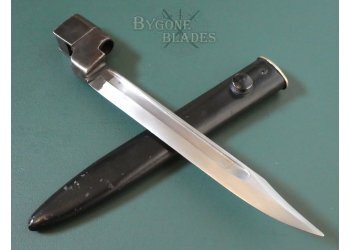 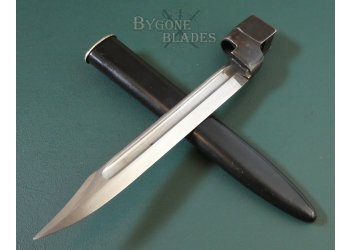 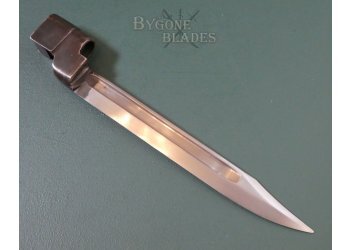 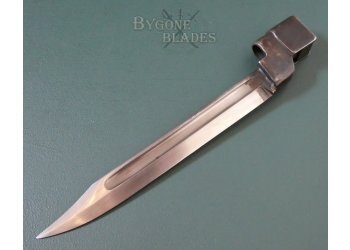 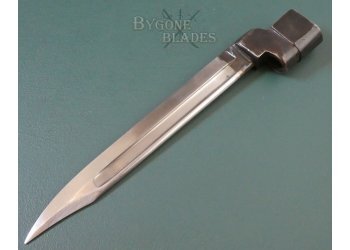 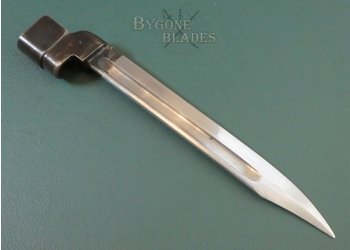 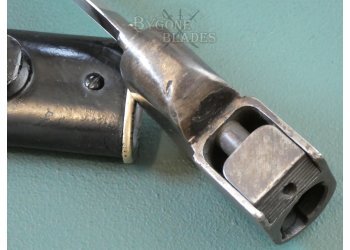 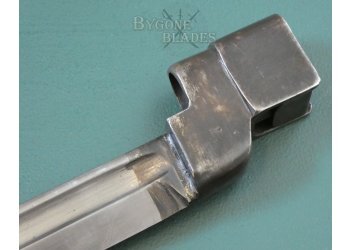 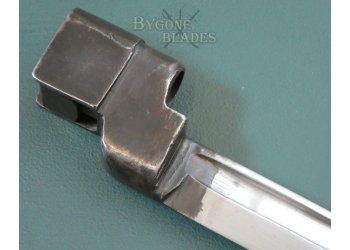 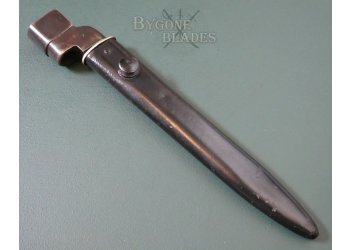 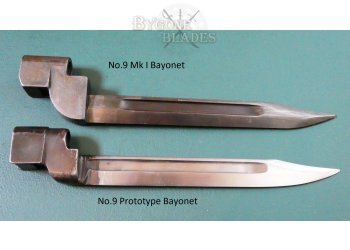 The British No.9 Mk1 socket bayonet was the result of a desire to replace the unpopular No.4 spike bayonet. A handful of prototype No.9 bayonets were made for trials and acceptance. Skennerton & Richardson, “British and Commonwealth Bayonets” describe this prototype on page 382 of their book.

The socket of a No.4 Mk II bayonet was welded to the clip point Bowie blade of the No.5 bayonet. This also meant that the No.5 scabbard could be used with the “new” bayonet. The prototype No.9 bayonets were made at the tail end of, or soon after, WW2, the initial drawing having been accepted on the 17th June, 1945. Production of the finalised design commenced in 1947.

This bayonet is one of the very rare prototypes. The 200mm clip point No.5 blade has a rounded spine and single edge. The blade is in great condition with slight marks and scratches. The weld between the No.5 blade and No.4 socket can clearly be seen below the ricasso. The rear of the socket also shows the weld that fixes the short tang into the socket.

The original pattern designation has been all but removed from the socket leaving only faint, partial stamps. A comparison between the finalised No.9 and the prototype No.9 bayonet is shown in the photographs. The differences in socket are readily apparent, particularly the higher and squared ledge below the muzzle aperture on the production No.9 bayonet.

The prototype bayonet utilises the standard No.5 scabbard. The scabbard with this prototype is the Mk II with an overlapping brass mouthpiece. The bayonet sheathes and draws smoothly and is held firmly within the scabbard.

This is a very rare prototype developed for trials that resulted in the acceptance and production of the No.9 bayonet.