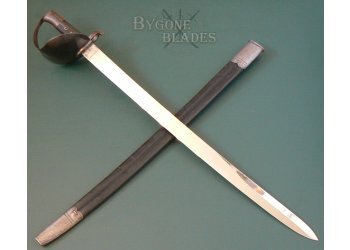 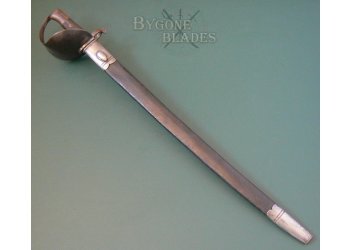 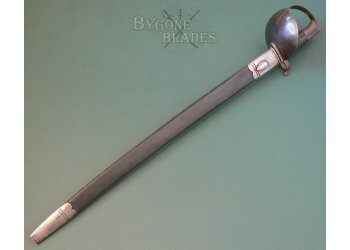 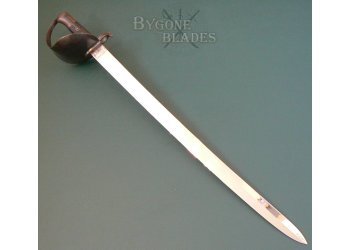 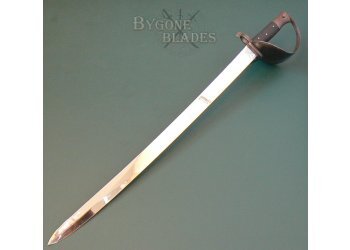 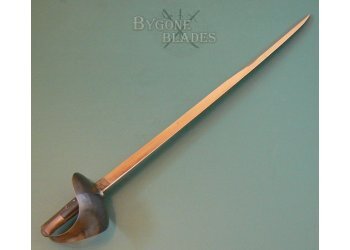 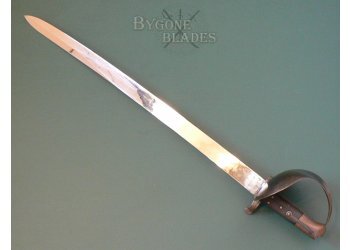 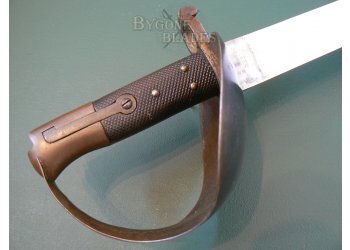 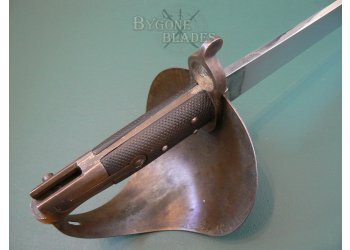 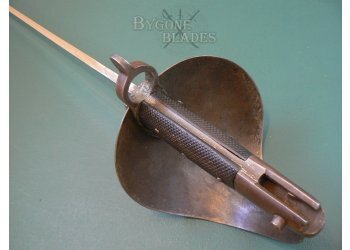 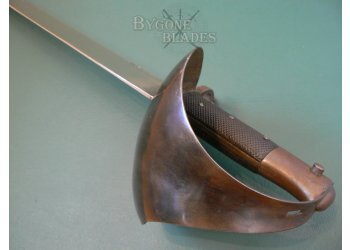 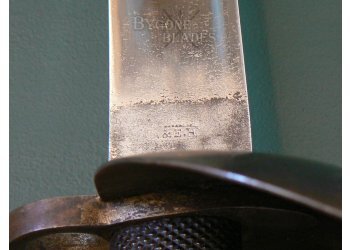 This cutlass bayonet was made by the German company A. & E. Holler and is one of only 13,000 produced by them. Most of the 13,000 made were used by the Royal Navy, but some were sold to the United States and were used during the American Civil War.

The 680mm un-fullered blade has a flat spine and single-edge. The blade terminates in a spear point and has a 240mm upper false edge. The blade is in near mint condition and is unsharpened. The forte is stamped with an oval cartouche containing the worn maker mark "A. & E. H.," the stamp of A. & E. Holler of Solingen Prussia who used this trademark between 1854 and 1885.

There is mild wear to the plating at the forte as a result of time in the scabbard but otherwise the plating is in excellent condition. The plating was done at the time of production either for parade purposes or as a rust prevention measure. The development of nickel plating began in the early 1800’s with methods being developed and improved throughout the 19th century so it is likely that plating was offered as an optional extra during the original manufacturing process. The plating has preserved the blade perfectly.

The blackened steel bowl guard is in excellent condition and retains its original finish. The chequered leather grips are in similarly excellent condition and the external spring catch works perfectly. The lack of British War Department or Naval ownership and inspection stamps suggests that this cutlass bayonet was one of those made for export.

The cutlass bayonet is complete with its original black leather, steel mounted scabbard. The leather is in excellent condition with the stitching intact and tight. The steel locket and chape are in great condition and have a pleasant pale patina.

This is an excellent example of a rare British Pattern 1859 Type II naval cutlass bayonet in as near to mint condition as it is possible to find. This bayonet is fresh to the market from a significant private collection and is unconditionally guaranteed to be genuine.