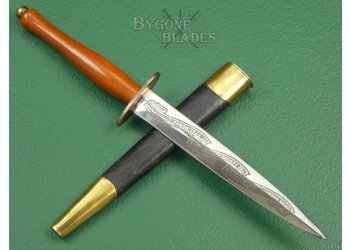 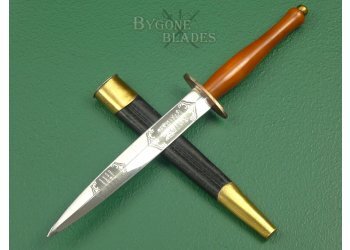 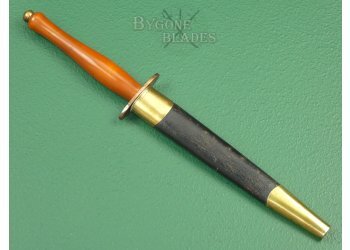 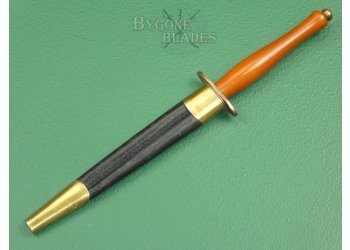 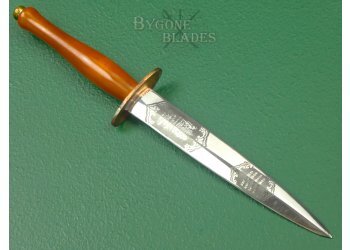 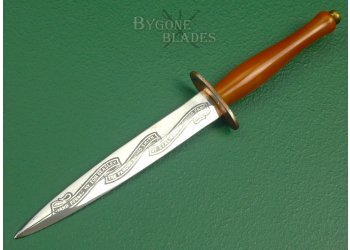 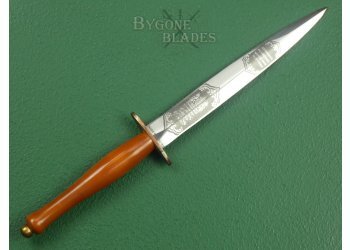 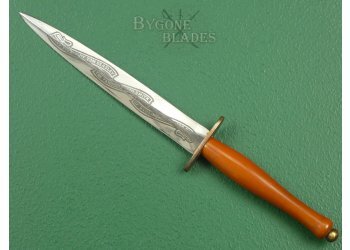 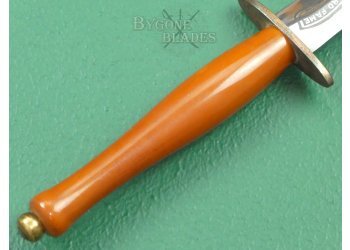 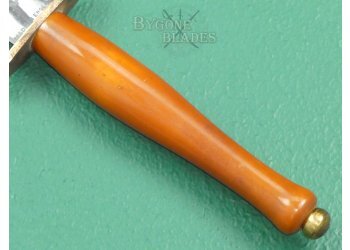 This very rare and sought-after Fairbairn-Sykes commando knife was forged by Tom Beasley, the Wilkinson Sword Companies’ top blade smith. Tom Beasley joined Wilkinson in 1884 and spent his career with the company forging blades for swords and knives. Beasley’s most famous work was the forging of the "Stalingrad Sword" in 1943 which was presented by King George VI to Joseph Stalin in honour of the Russian troop's defence of the city of Stalingrad.

This Tom Beasley commando fighting knife was forged in 1946 and commemorates the use of the FS knife by Commandos during WW2. The blade is etched on a three-part banner “Hand Forged by Tom Beasley. The Famous Sword Smith of Stalingrad Sword Fame.” The obverse of the blade is etched with the Wilkinson Sword Company trademark above “Made in England” and a decorative panel containing “Commando Fighting Knife World War 1939-1945.”

These Tom Beasley knives were produced between 1946 and 1947 to promote Wilkinson's “Empire Razor” campaign. There are three versions of this knife with the “three banner” being the first and most sought-after type.

The 174mm double-edged blade is in fantastic, near mint condition. The knife has an oval cross guard and an amber coloured celluloid grip with a gilt metal top nut through which the tang is peened. The celluloid grip is in excellent condition and the hilt is tight.

The knife is complete with its original black leather scabbard with gilt brass mounts. The scabbard is in very good condition and the stitching on the seam is intact and tight. The knife sheathes and draws smoothly and is held firmly within the scabbard.

This is one of the rarest and most sought-after FS Commando knives. In total only 500 of these knives were made in three variants, the rarest being the first production 1946 forged knives with the three-banner etching.