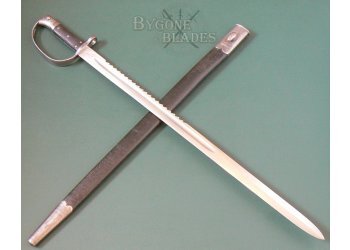 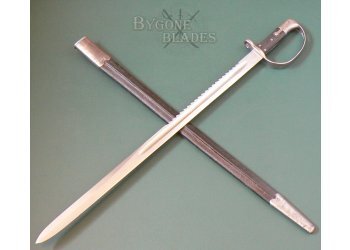 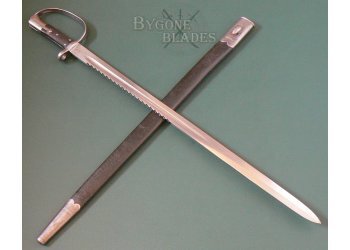 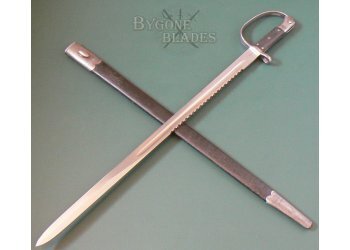 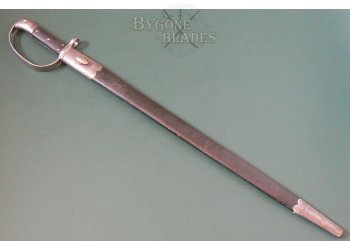 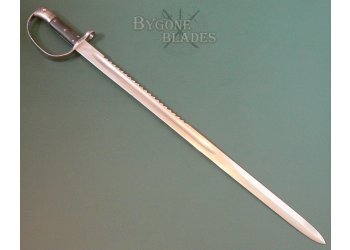 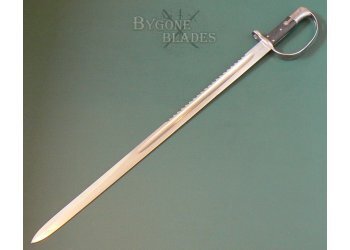 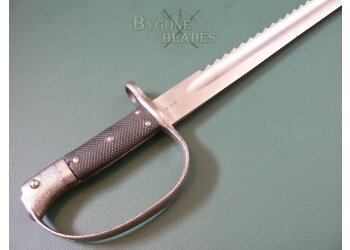 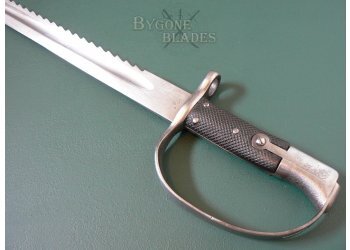 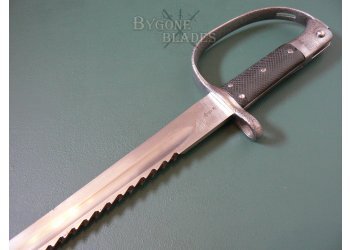 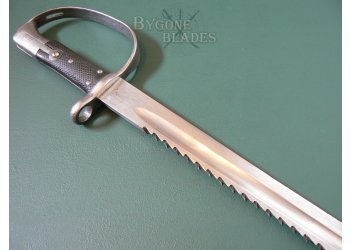 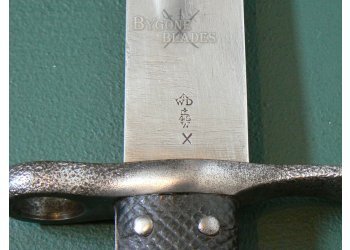 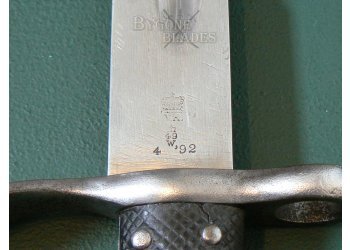 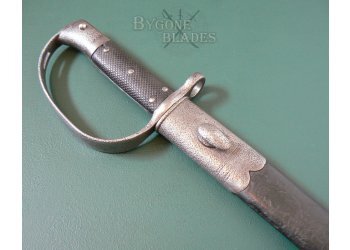 Extremely rare Wilkinson made 1879 pattern Saw-backed sword bayonet for the Martini-Henry artillery carbine Mk1. In 1890, the Wilkinson Sword factory was given a contract to produce just 2000 of these sword bayonets. The remaining production of 66,483 were made by the Royal Small Arms Factory (RSAF) Enfield.

The 655mm blade is double-edged for the last 220mm and terminates in a spear point. The blade is in very good condition, clean and bright but with scratching and marks from use and overzealous cleaning. The blade is sharp.

The iconic steel D-guard is bright and clean with areas of old pitting. The knurled leather grips are in great condition and the press-stud and external leaf spring mechanism work perfectly.

The bayonet is complete with its original steel mounted leather scabbard. The leather is in excellent condition. The stitching is intact and tight. The steel mounts are clean, with all over shallow pitting. The frog stud and areas of the locket have slightly deeper but stable pitting.

This rare P1879 Martini Henry artillery sword bayonet, one of only 2000 made by the Wilkinson factory, is in good all over condition and is not easy to find.