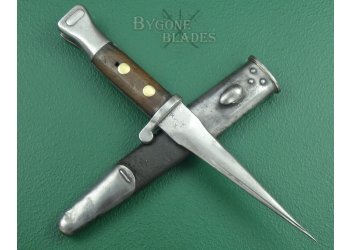 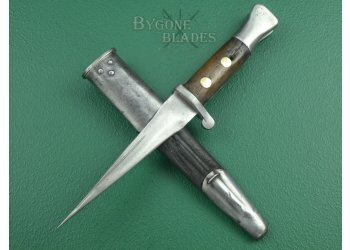 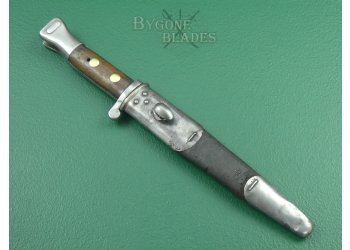 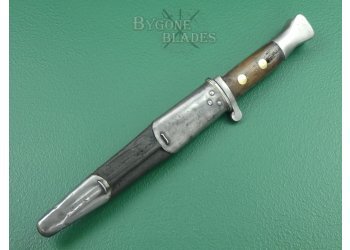 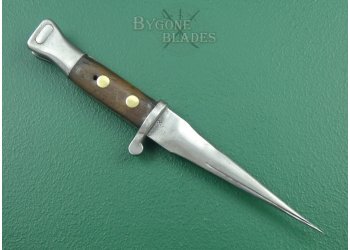 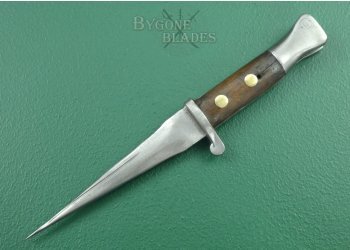 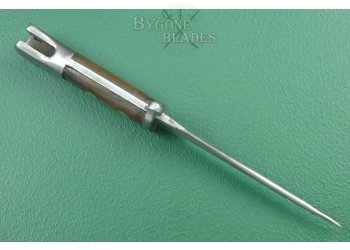 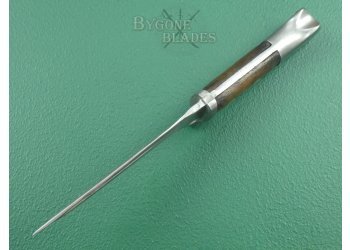 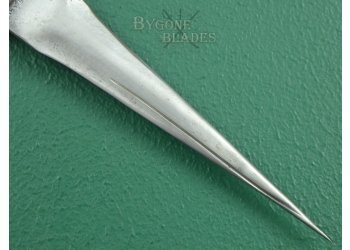 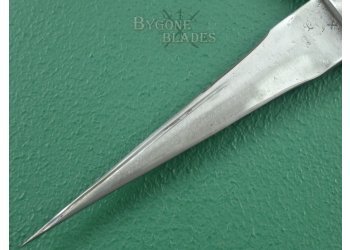 A military fighting (trench) knife is a combat knife designed for use at close quarters. These knives were developed in response to a need for a close combat weapon for soldiers conducting assaults and raids on enemy trenches in WW1. Initially, these knives were a private purchase item by soldiers and often these weapons were made by the troops themselves from cut down bayonets. Later, company armourers undertook the task of shortening bayonets for use by the troops.

This is a rare trench knife fashioned from an 1888 pattern Lee-Metford bayonet. It is likely that this knife was made by or for the soldier who originally owned it.

The 151mm (6 inch) blade has narrow, off-set fullers and terminates in a bodkin point. The edges of the blade are rounded and the point is needle sharp, making this a weapon purely for stabbing/thrusting.

The blade has been cleaned and is in good condition with small areas of shallow pitting at the base of the ricasso. The ricasso bears faint traces of the original markings.

The press-stud part of the attachment mechanism was ground flush with the pommel and the muzzle ring has been removed. The wooden grip scales are in good condition with dings and staining consistent with age and use.

The scabbard was adapted to accommodate the shortened blade. The scabbard is in reasonable condition with wear and marks to the leather. The stitching of the seam is intact. The locket and chape have dings and marks from age and use. The knife sheathes and draws smoothly and is held firmly within the scabbard.

This is an interesting and rare, probably home produced WW1 fighting knife.