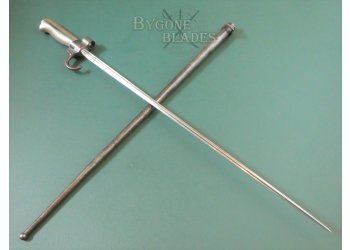 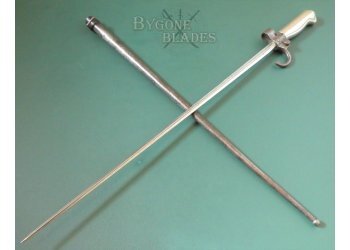 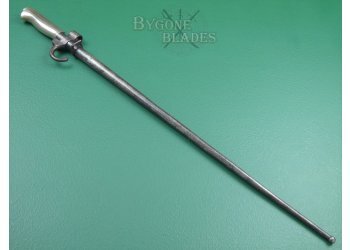 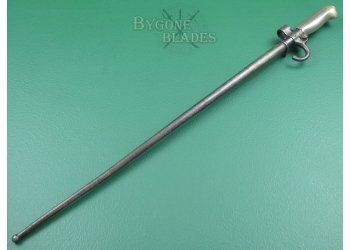 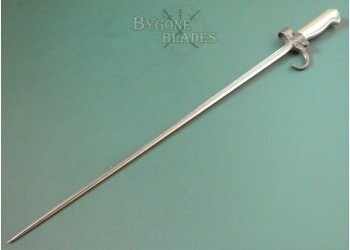 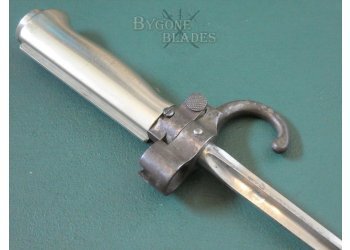 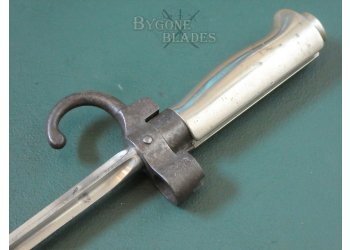 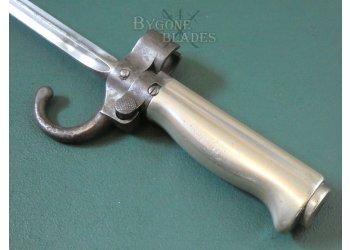 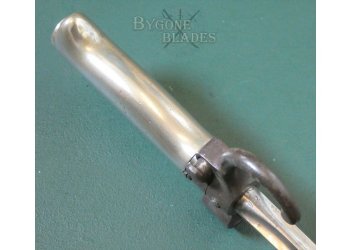 Great example of the famous French M1886 bayonet for use with the 8 mm Lebel rifle. This bayonet introduced the cruciform (epee-like) blade and had a long service record. The Lebel bayonet was affectionately known as “Rosalie” by the troops who carried it. The M1886 was originally made with a nickel-silver alloy grip but this was phased out in 1916 as nickel was in short supply and required for the war effort. After 1916 the grips were made of brass and the bayonet was also manufactured without the hooked quillon. The Lebel epee bayonet with its distinctive cruciform blade was the French mainstay during WWI.

The 520mm distinctive cruciform blade is full length and has a rounded needle point. Later blades were often shortened. The blade is in excellent condition and is stamped with two inspection poincon. The epee-like blade remained a feature of many French bayonets until 1956.

The cast grips are of nickel-silver alloy and are in excellent condition.

The bayonet is complete with its blackened steel scabbard. The scabbard is in very good condition. The scabbard retains much of its original finish and bears inspection stamps and a serial number. The bayonet sheathes and draws smoothly.

This is an early example of the iconic French Lebel bayonet with the nickel-silver grip and retaining its long blade, quillion, and raised round press stud.