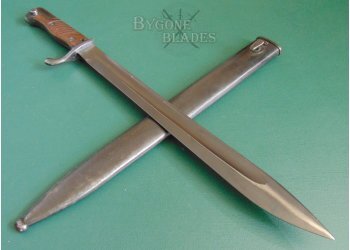 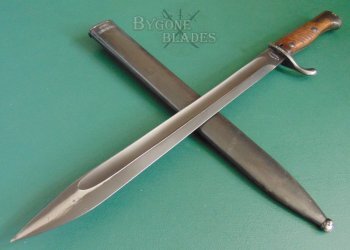 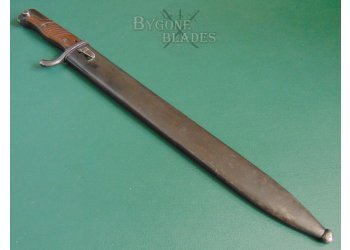 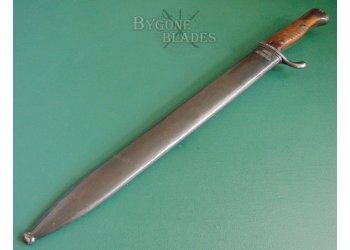 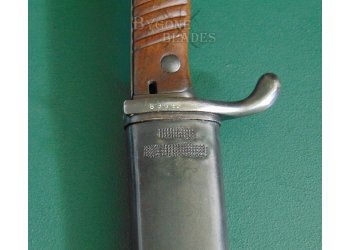 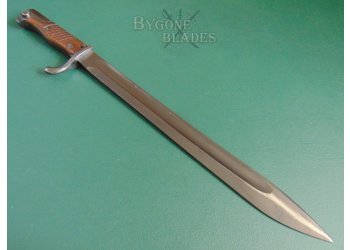 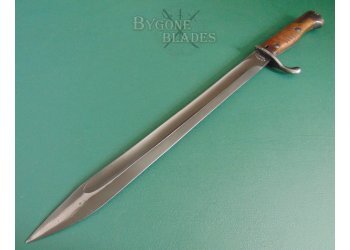 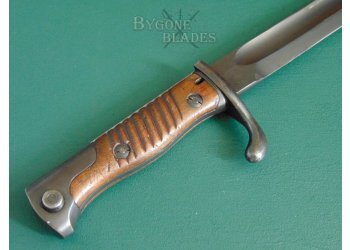 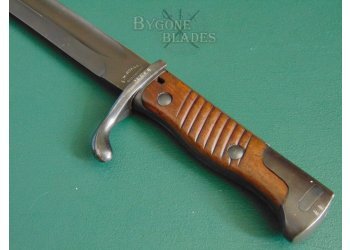 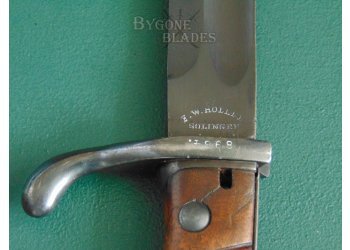 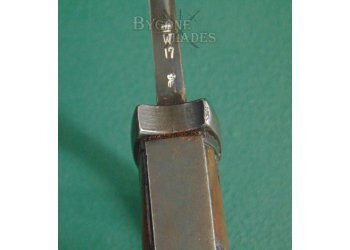 The 372mm blackened blade has a flat spine and deep single fuller on both sides. The blade flares then terminates in a spear point and is in excellent condition with the original blueing remaining with some scabbard wear from being sheathed and drawn. The blade is marked on the ricasso “F. W. Holler” over “Solingen.” The spine is stamped with a crowned “W” inspection mark, the date “17,” (1917) and a Waffenampt.

In adherence to the signing of the Treaty of Versailles, Germany was only allowed to produce a certain quantity of bayonets each year for use by the Weimar Republic (1919-1933). Existing stocks of good condition bayonets were refurbished as a way of circumventing the Treaty as they were not newly produced. From 1919 until 1923, S98/05 bayonets were only issued to select troops as a badge of honour and those issued to police units were blackened.

There are some small areas of wear to the blackening of the crosspiece and on the pommel. The pommel bears two waffenampt and the front of the crosspiece bears another. On the whole, the condition of the hilt is excellent. The wooden hilt scales are in very good condition and the press-stud locking mechanism works perfectly.

The steel scabbard was also refurbished and blackened. The original unit markings were redacted. The scabbard is marked on the ball finial with a waffenampt and the number 6 or 9.  The scabbard is in excellent condition and the bayonet sheathes and draws very smoothly.

This is an excellent example of a highly collectable and scarce Weimar Republic police issue, blackened S98/05 bayonet.