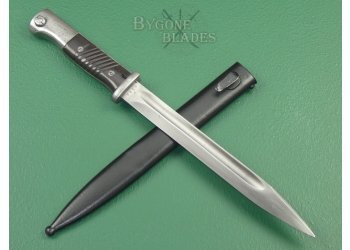 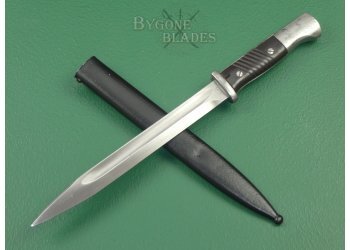 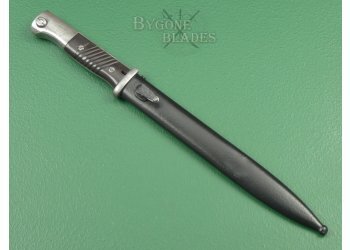 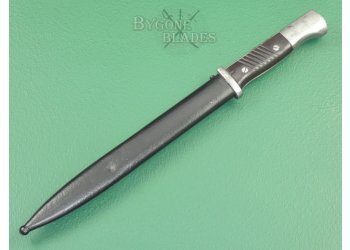 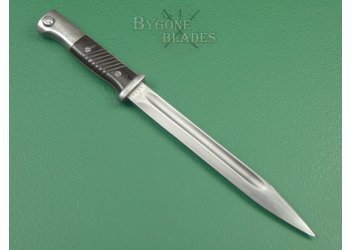 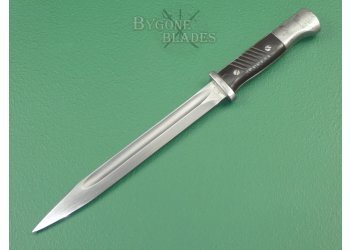 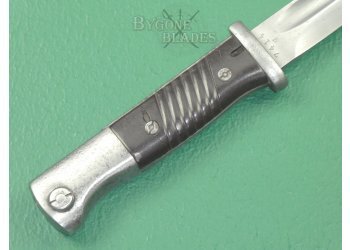 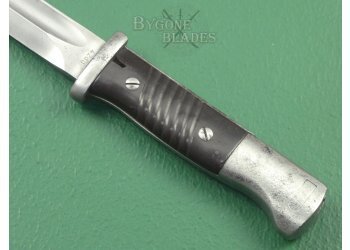 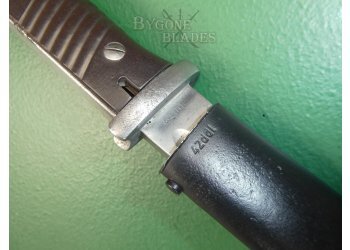 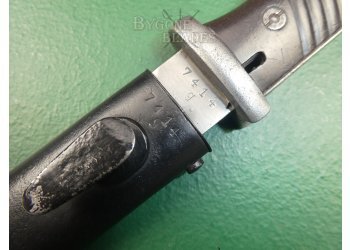 This German WW2 M1884/98 Mk III Bayonet, also known as the K98 bayonet was made in 1942 by Josua Corts Sohn of Remschied, Germany. Josua Corts made K98 bayonets are scarce.

The 250mm single edged blade has a deep single fuller on both sides and is in excellent condition. The blade is marked on the ricasso with the maker’s wartime dispersal code and date, 42ddl. After 1940, a three-digit dispersal code was assigned to makers. The obverse ricasso bears the stamp “7414” over g.

The steel pommel is bright and clean with minor shallow pitting and bears two worn inspection stamps. The press stud mechanism is in perfect working order.

The Bakelite grip scales are held firmly in place by the two original screws. The facing scale has cracked around the rear screw but there is no movement in the scale.

The black painted steel scabbard is in good condition. The front of the scabbard is marked above the frog stud with the number 7414 over g. The back is marked at the top with the maker’s dispersal code and date 42 (1942) ddl.

This is a good example of the famous German WW2 bayonet by a scarce maker and with matching serial numbers.