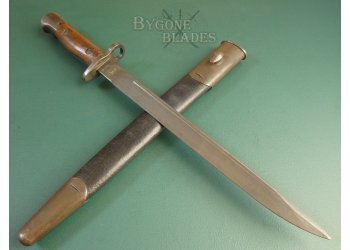 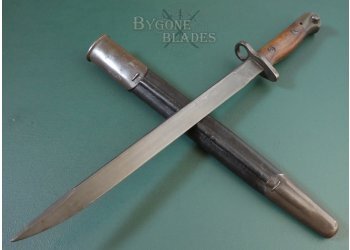 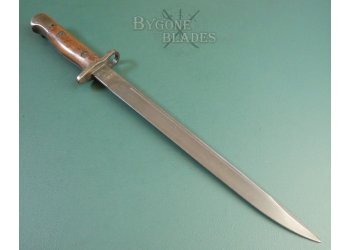 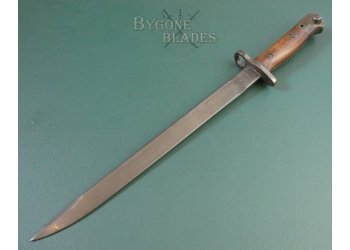 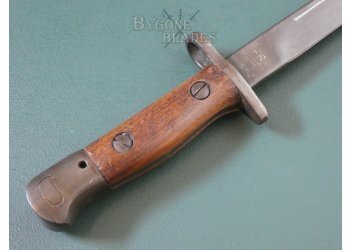 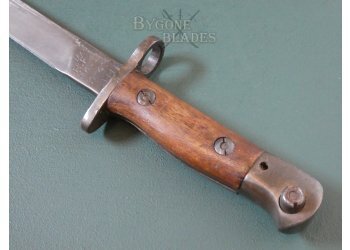 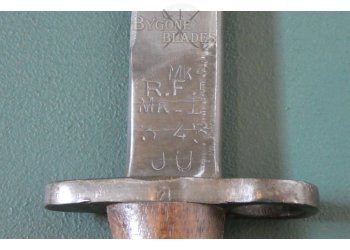 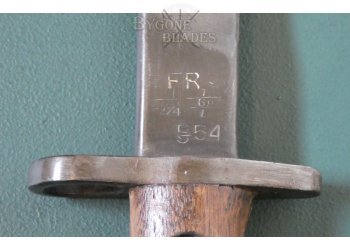 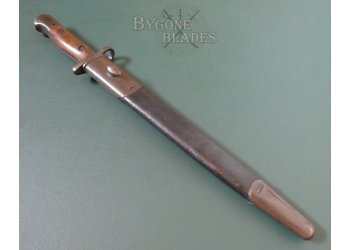 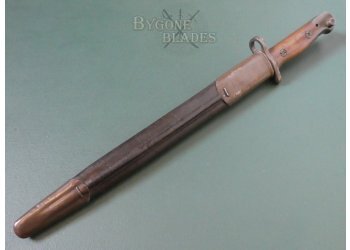 This Indian No.1 Mk II* pattern bayonet was originally a No.1 Mk II, made at the Rifle Factory Ishapore (RFI) in March 1943. The bayonet was re-worked after WW2 by the Ishapore factory to become a No.1 Mk II*. The re-working was merely to grind in an upper false edge, which is the only difference between the Mk II and Mk II*, the former lacking the false edge. The addition of a false edge was in order to improve the points’ penetration.

The 298mm single-edged blade has a rounded spine and upper false edge. The un-fullered blade terminates in an asymmetrical spear point. The blade is in excellent condition with its original blackened finish and factory edge.

The obverse ricasso bears two inspection/acceptance stamps and a “FR” stamp that indicates “Factory Re-work/Repair.” A new date stamp shows that the work was carried out in September 1954. The fact that the re-working was recorded and marked on the blade sets this bayonet apart from the majority of re-worked Indian bayonets. Often the pattern designation stamped on the blade of Indian bayonets does not conform to the actual form of the bayonet itself.

This is an excellent example of an Indian WW2 bayonet that shows complete and accurate stamps.