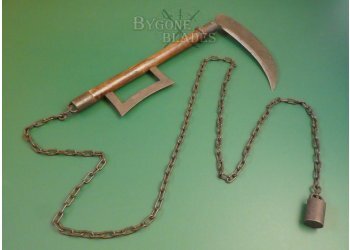 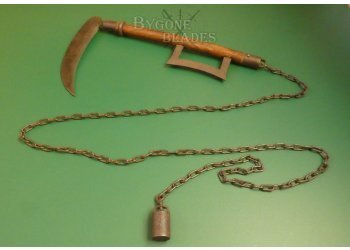 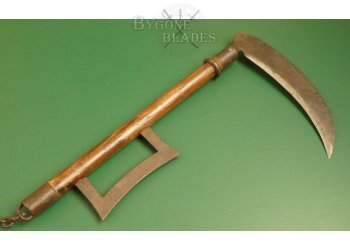 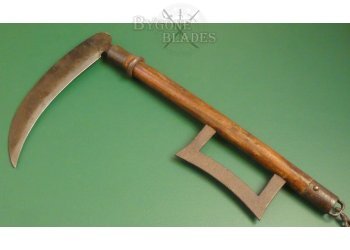 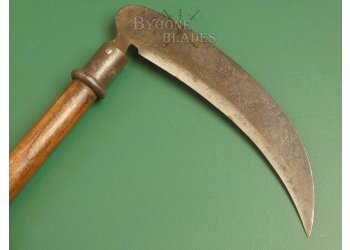 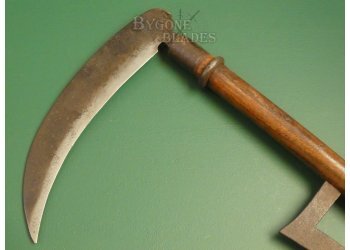 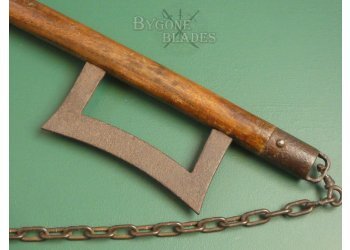 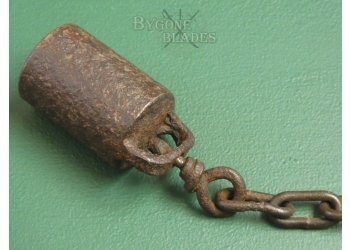 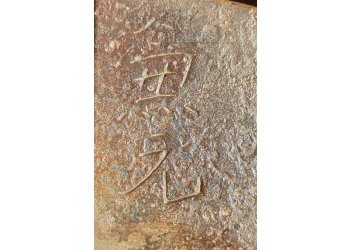 The kusarigama (chain-sickle) is a traditional Japanese weapon consisting of a “kama,” a Japanese sickle on a metal chain known as a “kusari” with a heavy iron weight called a “fundo” at the end. The kusarigama is said to have been developed during the Muromachi Period (1336-1573).

The kusarigama was common during the Edo Period (1603-1868) and its use was favoured amongst Samurai with many specialising in its use, the martial art of Kusarigamajutsu.

Along with the Samurai, mercenaries in feudal Japan called Shinobi (Hollywood Ninja) commonly used the kusarigama.

Attacking with the weapon entailed swinging the weighted chain in a circle over one's head, and then whipping it forward to entangle an opponent's spear, sword, or other weapon, or to immobilise their arms or legs. The kusarigama user then rushed forward to strike with the sickle. The kusarigama is said to have had the highest mortality rate of any weapon during the Edo Period.

This Edo Period kusarigama has a 270mm curved sickle blade that remains very sharp. The blade has a slightly rounded spine and terminates in a beak-like point. The blade has a wonderful ancient patina and is signed in kanji (if anyone can read the kanji I would love to hear from them).

The blade is fixed firmly into the hardwood haft with a peened iron rivet. The 410mm haft has a floating iron ring below the blade collar and an angular hand guard (in itself quite a fearsome weapon). An iron cap is riveted onto the bottom of the haft and a hand forged iron chain with weighted end is connected to the cap. The chain is 2050mm in length. This is a truly formidable weapon!

This kusarigama is in overall excellent condition. The blade and iron parts have ancient rust that is now inactive and has attained a very pleasing patina. The cutting edge of the blade is free of rust and retains a fighting edge.

This is a great example of a rare Japanese Samurai weapon.