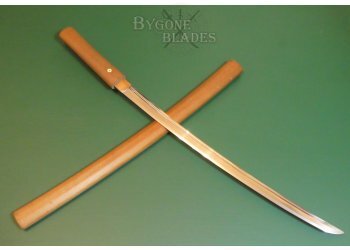 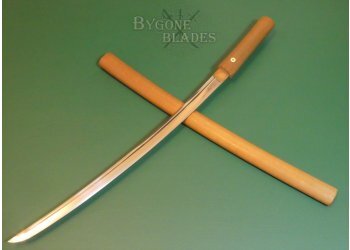 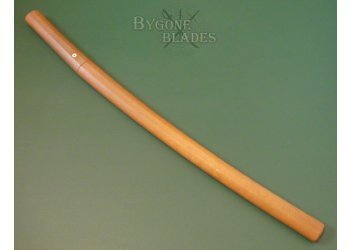 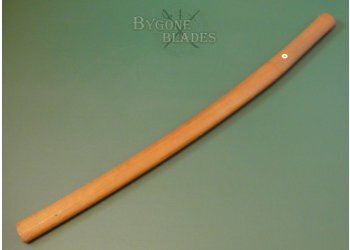 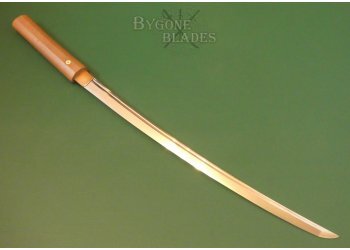 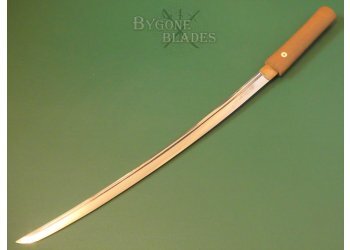 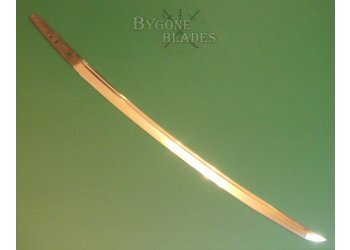 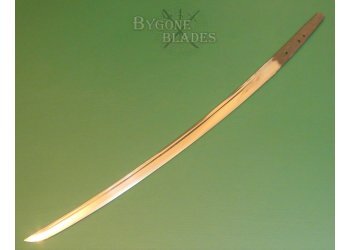 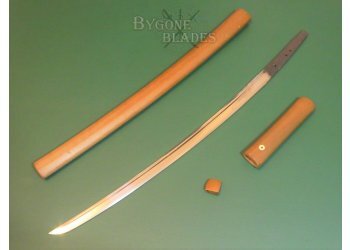 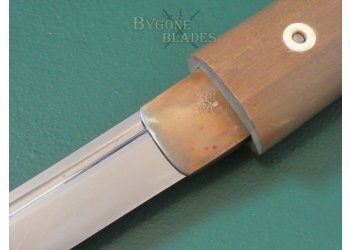 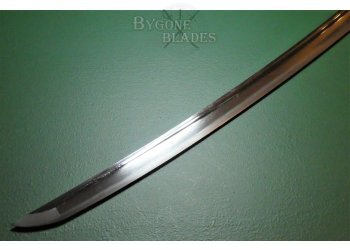 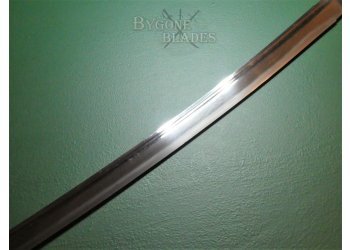 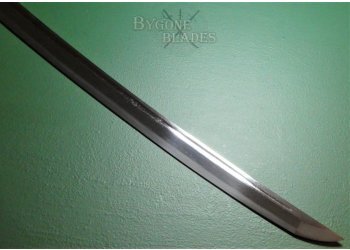 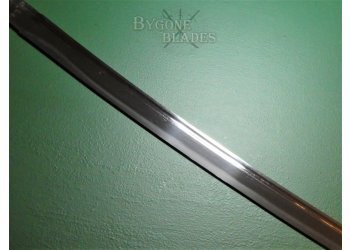 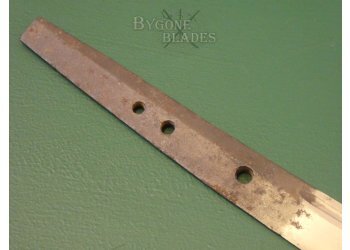 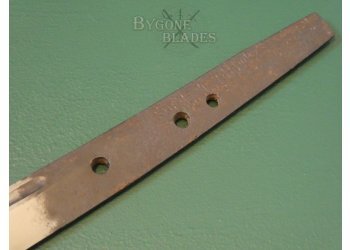 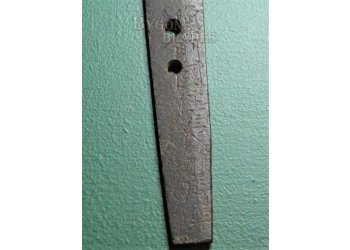 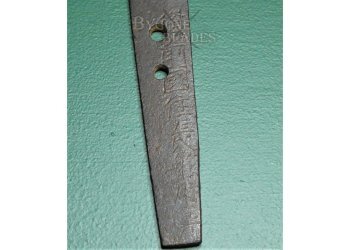 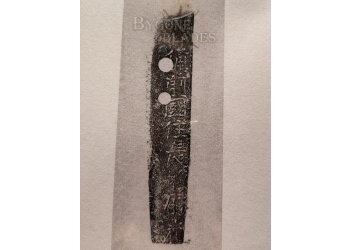 There were nine Katsumitsu sword smiths of the Bizen (Osafune) School working between 1394 and 1592. Bizen Osafune Katsumitsu was the third generation Katsumitsu and was most active between 1469 and 1489.

The blade is in a good state of original polish and is long for a Wakizashi, having a cutting edge (Nagasa) of 50.5cm (505mm). Wakizashi of this length were however typical of the late 15th and early 16th Century Osafune School.

The curvature (Sori) of this blade is 2.4cm (24mm), which is again typical of blades of this period.

The tempered edge of the blade has a narrow, hoso-suguha hamon.

This is a beautiful example of an o-wakizashi (long wakizashi) dating to the late 15th Century by a renowned maker. Should the new owner wish to, NBTHK assessment of this blade will grade and certify it and the resulting certification will greatly increase its value.

Nihon Bijutsu Token Hozon Kyokai (NBTHK), the Society for the Preservation of Japanese Art Swords, was founded in 1948, and remains a highly trusted organization responsible for screening and certifying Japanese swords. When a sword is submitted to the NBTHK (known as “shinsa”), the organization reviews and then places a judgement on the piece in question. The process is a serious (and costly) one and never taken lightly. It can take anywhere from 3 months to over a year in some cases to receive a verdict.