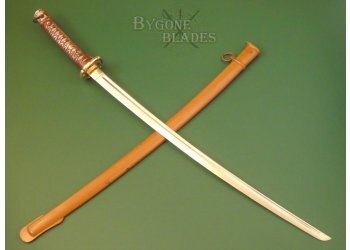 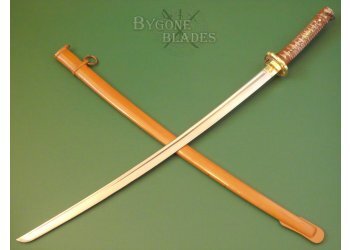 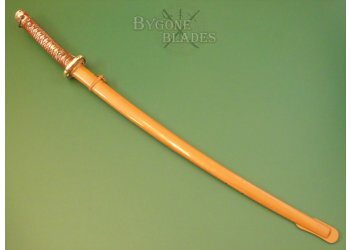 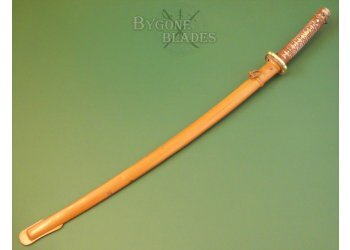 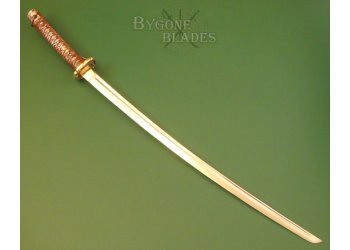 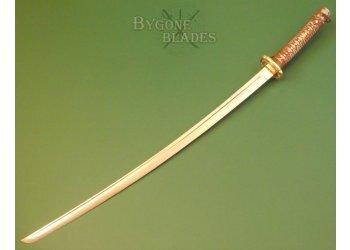 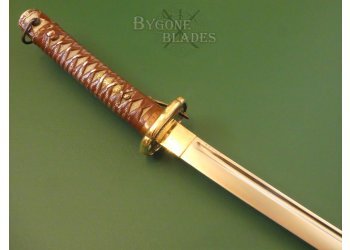 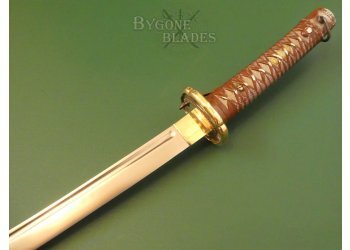 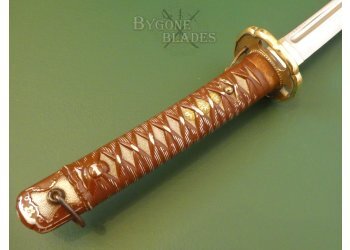 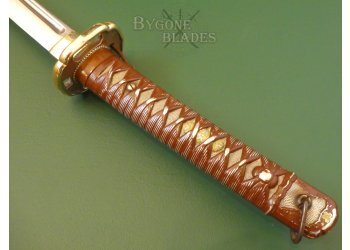 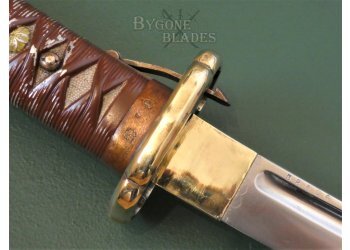 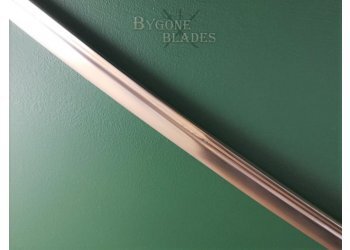 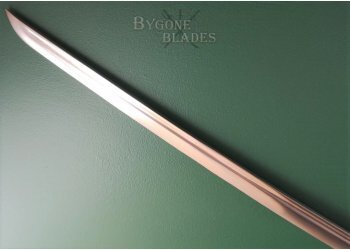 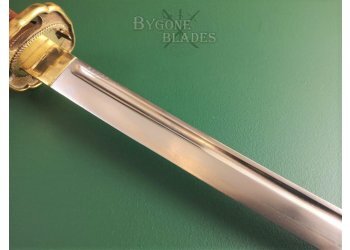 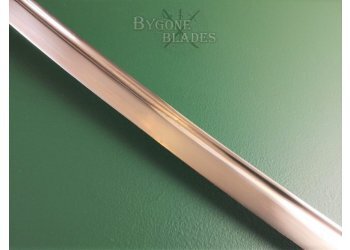 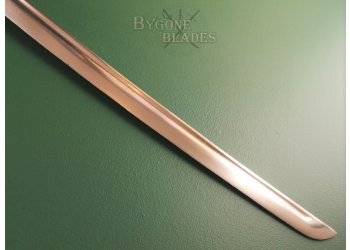 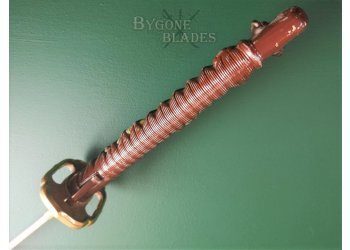 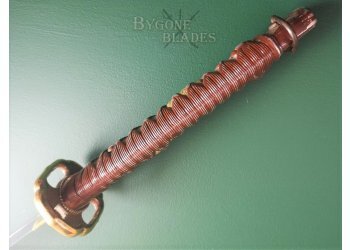 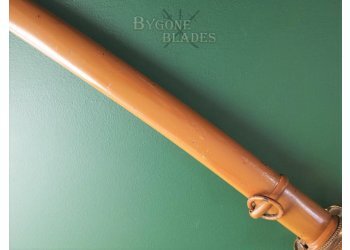 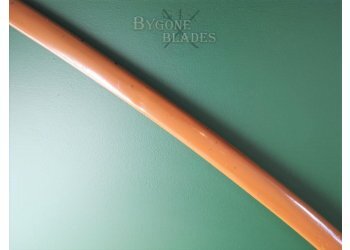 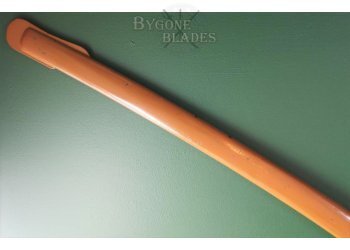 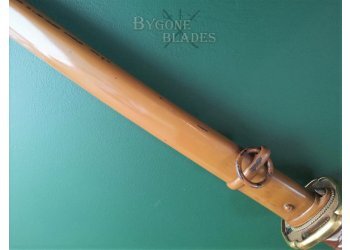 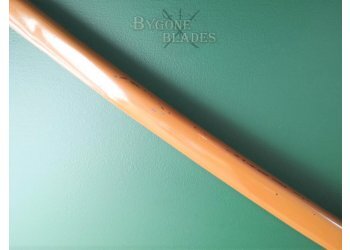 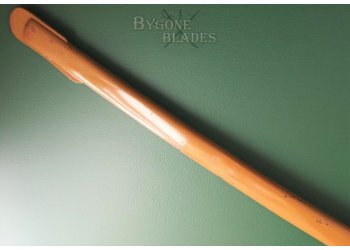 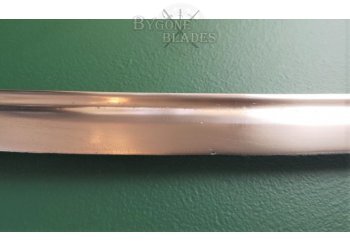 This sword has a cast aluminium hilt with a 9mm thick ornate brass aoi-shaped guard with stippled finish. The sword is secured in the scabbard by a top latch which identifies it as being a second pattern sword (some call it 3rd pattern as earlier models had an 11mm thick guard) dating to around 1938 – mid 1941. After mid-1941, the guard and hilt ferrule were made of unadorned iron and the latch mechanism for securing the sword in the scabbard was moved to the side of the hilt.

The 67 cm (not including the blade collar) blade is in excellent condition, free from rust and with only a couple of tiny spots of shallow pitting in the fuller. The serial number 38906 and a Tokyo First Arsenal stamp are marked above the fuller. The Tokyo First Arsenal stamp is faint. These early/pre-war production Type 95 Shin Gunto were usually carried by career soldiers, not conscripts and were considered by many as a primary weapon. The blade retains its fighting edge with only one tiny edge nick.

The cast aluminium hilt retains a good amount of brown paint and is firm on the tang. The scabbard latch is in good condition and works well.

The scabbard is in excellent condition and is free from dents. The patina of the metal in the places where the paint has been lost suggests that the paint is original to the scabbard. The throat of the scabbard bears a later production non-matching serial number, 124993. The sword sheathes and draws smoothly and is held firmly within the scabbard.

Japanese WWII swords are amongst the most copied/faked of all swords and prospective buyers should beware.

This Type 95 is guaranteed to be genuine and is a great example of a much sought after Japanese NCO’s sword that was carried and used by a career soldier in the Imperial Japanese Army.