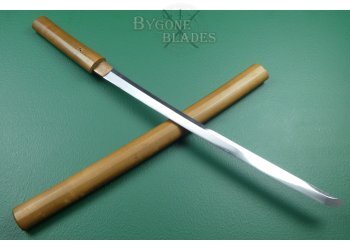 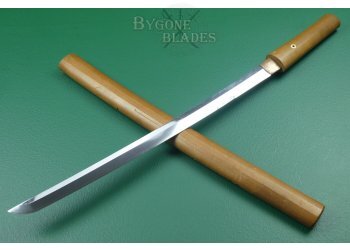 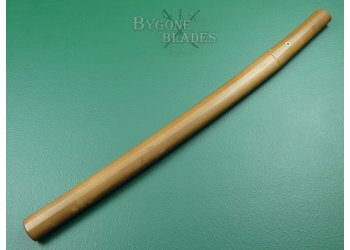 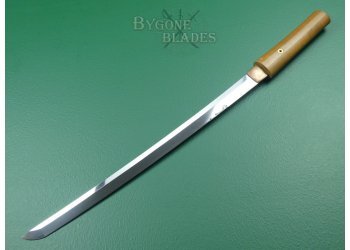 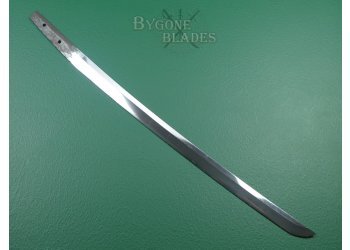 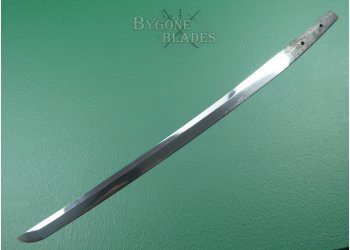 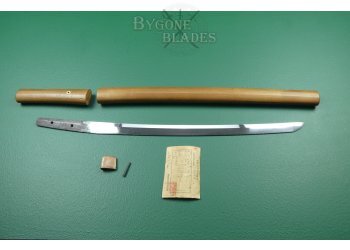 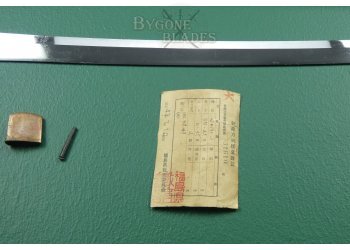 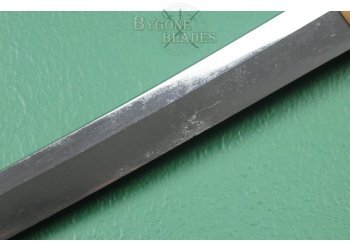 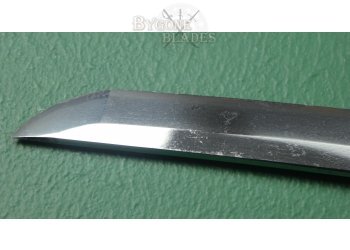 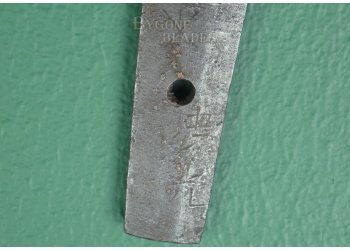 The heirloom blade is in original polish showing a hoso-suguha (narrow, flat) hamon and a jihada (grain structure) with clear Nie (Martensite) crystals. The cutting edge (Nagasa) is 462mm with a blade curvature (sori) of 7mm. The tang (Nakago) is signed "Tadamitsu.” There have been several makers with this name and I do not have the expertise to assign this wakizashi to any one in particular.

One very famous maker, Bisen Osafune Tadamitsu was forging swords in the early 16th century and it is likely that the signature on the nakago is what is known as a gimei signature. In effect, these are false signatures, often found on swords made in a similar period to the maker whose identity they wrongly infer. Gimei signatures were done in order to imply that the sword was either by the well known maker or that the blade was of an equal quality. Samurai would also sometimes have a gimei signature engraved on the tang of their sword in order to boast that they owned a sword by a famous maker. Gimei signatures added centuries after the forging of the blade are a blatant attempt to fake a masters' work. These recent gimei signatures can be spotted as the engraving is clearly newer than the surrounding metal of the nakago. The signature on the nakago of this wakizashi  was engraved at or close to the time of forging.
The nakago has a single peg hole (Mekugi-Ana). The patina and condition of the tang along with the blade style and hamon suggest that this sword was forged around the mid-17th Century.

The wakizashi is in good condition with one main area of corrosion. There are small speckles of tarnish elsewhere along the blade. The blade would benefit from a professional re-polish and would then look amazing.