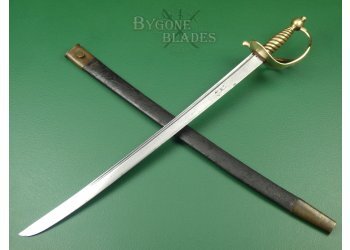 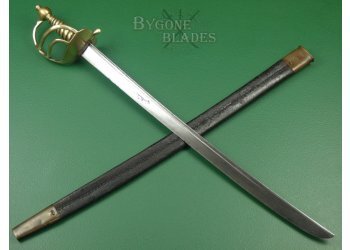 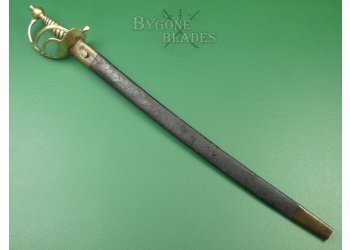 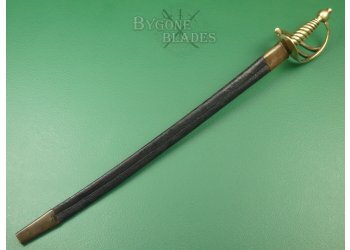 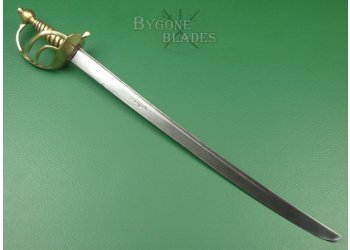 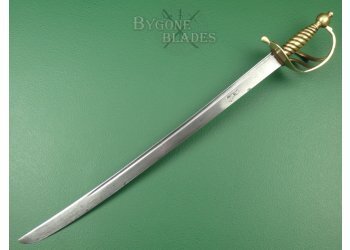 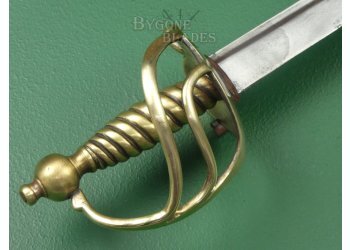 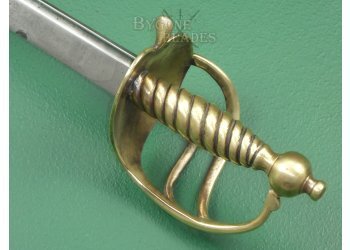 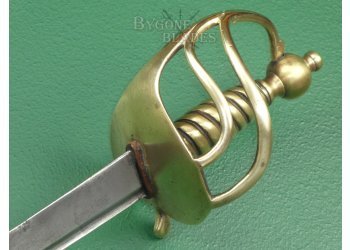 The 1751 pattern hanger was issued to British infantrymen and saw service during the Seven Years War (1754-1763). These short swords were also used by both the British and American forces during the American War of Independence (1775-1783). The hanger was considered a secondary weapon to the infantryman’s musket and bayonet and was used when opposing forces met in close quarter battle. The use of these short swords continued into the early 19th Century.

The 615mm single-edged blade has a deep, narrow fuller below the flat spine, characteristic of blades of the period.  The blade is in very good condition for its age, retaining its fighting edge and terminating in a hatchet point. The forte of the blade bears the running fox mark used by several Birmingham makers in the mid-18th Century. The Initials ID could be those of John Dawes, son of Samuel Dawes.

The ricasso is stamped with a Tower inspectors mark. The mark, a crown over a numeral representing an individual inspector is partly concealed by the blade washer.

The classic heart shaped brass guard has two side bars joining the knuckle bow and a tear-shaped rear quillon. The cast brass grip is spirally grooved with a ball pommel and button through which the sword’s tang is peened. The blade is firm in the hilt.

The hanger is complete with its brass mounted leather scabbard.

This is a very good example of a rare British 18th Century infantryman’s short sword.