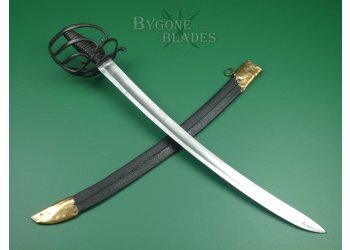 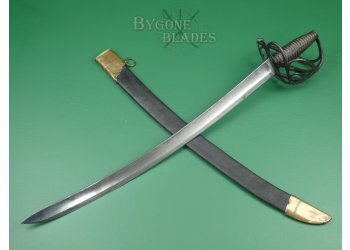 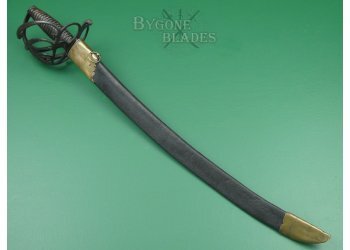 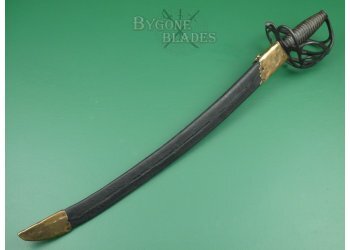 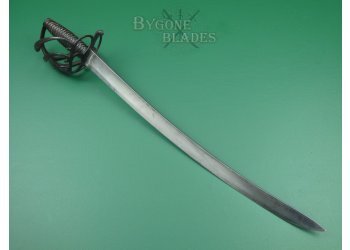 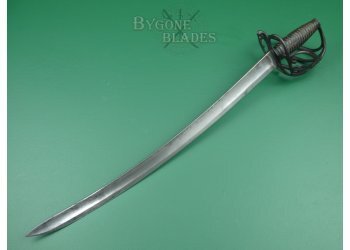 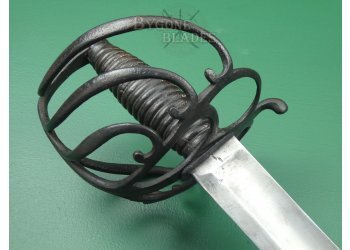 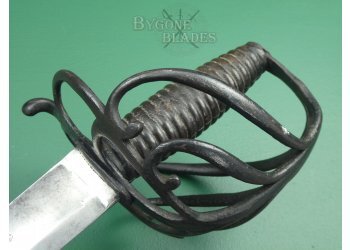 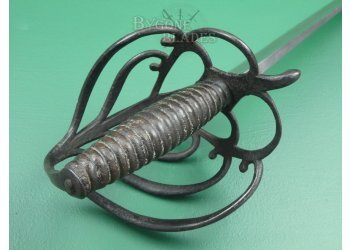 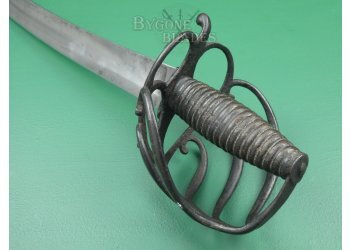 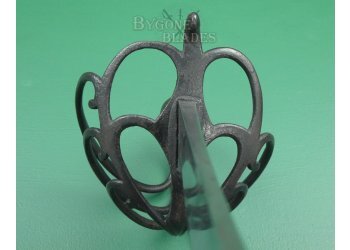 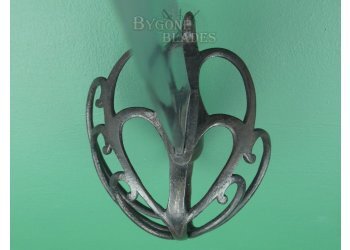 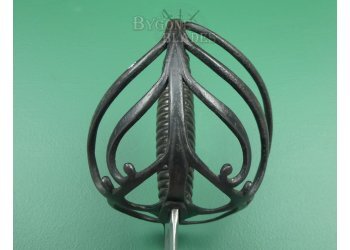 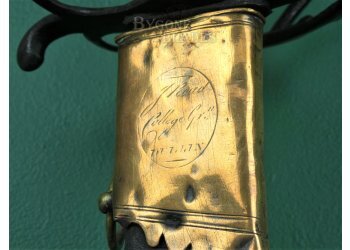 This rare and beautiful basket hilted hanger dates to the late 18th Century and is likely to have been carried by an infantry grenadier. The iron basket guard is the same as that of the sword used by horse grenadiers around 1780 but the shortness of the blade indicates that this sword was intended for use on foot. Another possibility is that the sword was used by an 18th Century naval officer or privateer, its length being ideal for fighting in the close confines of a ships deck. The sword was made in Dublin, Ireland, a major port city.

Regulation pattern swords for the Royal Navy were not adopted until 1805. Regulation pattern swords for the army were adopted in 1796. Prior to this, the type of sword used was chosen by the commanding officer of the regiment or ship, whose main interest was in the aesthetics of the hilt. Officers were often given leeway to choose whichever blade type and length suited their stature, requirements and fighting ability or style. Privateers and merchant traders had freedom of choice when it came to their personal weaponry. Given that the sword dates from a time before the British army and navy adopted regulation patterns, it is hard to say exactly what type of person used this sword. There was much cross-over in usage between the land forces and navy.

The 572mm heavy, curved blade has a flat spine above a broad full length fuller. The fuller continues into the spear point. The blade is 38mm wide at the shoulder and the spine is 10mm thick. The single-edged blade is in excellent condition for its 230 plus years of age and retains a sharp fighting edge. The blade is bright and rust free with minimal age related patches of tarnish and some small patches of shallow pitting towards the point.

The iron basket hilt has three S-shaped bars on the inside and two on the outer, with a comma-like quillon. The tang of the blade passes through the flattened end of the knuckle bow and is securely peened over a circular iron disk. The peen is undisturbed and the blade is firm in the hilt.

The ribbed, leather covered wooden grip retains its original leather and is in very good condition. Originally, a strand of twisted wire would have wound around the grip.

The sword is complete with its brass mounted leather scabbard. The brass locket has lost its frog stud and retains its suspension ring. The locket is engraved with the cutler’s details, “J. Read, College Green. Dublin.” John Read traded from 8 College Green from 1787 until 1817. The leather of the scabbard has age related wear and the seam has parted. The sword sheathes and draws smoothly and is held firmly within the scabbard.

This is a very good example of a rare late 18th Century hanger.