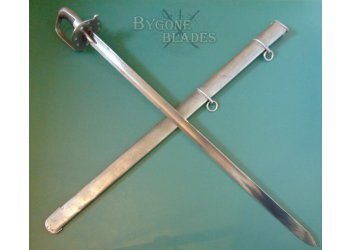 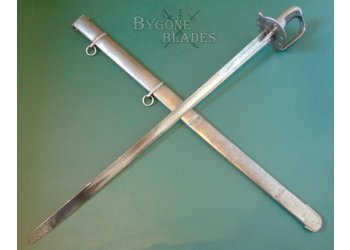 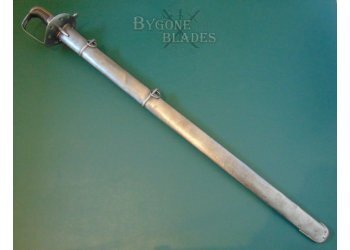 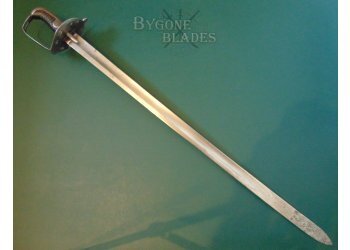 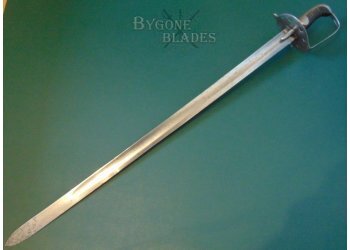 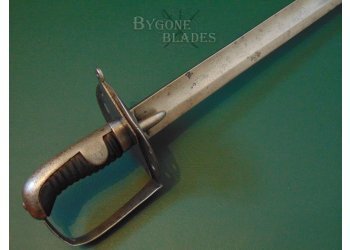 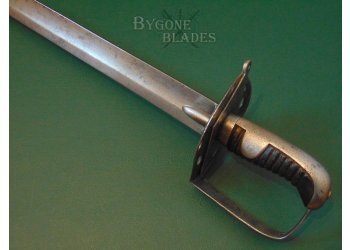 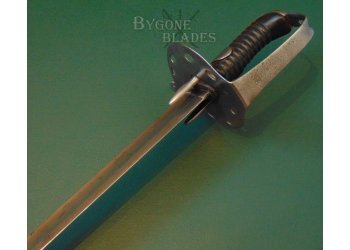 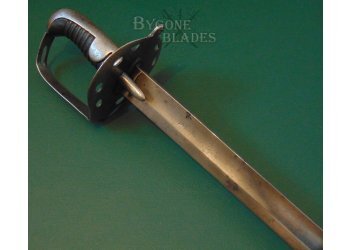 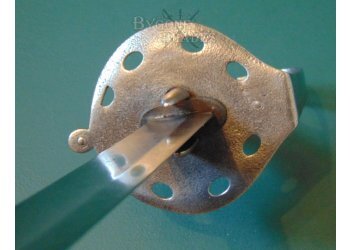 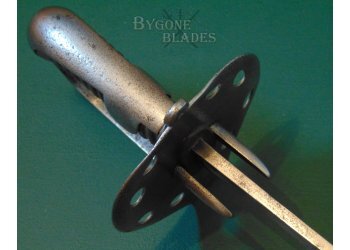 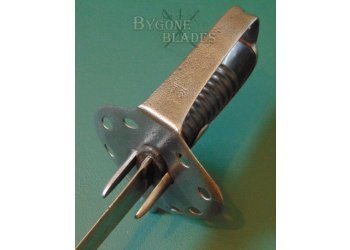 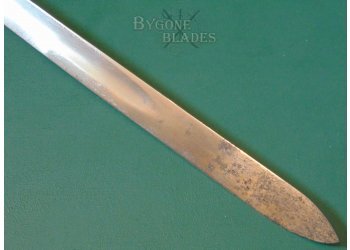 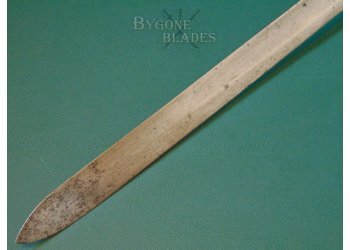 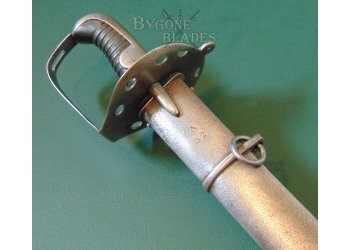 A “must have” for any collector of British cavalry swords. This 1796 pattern Heavy Cavalry trooper’s sword is unit marked to both the guard and scabbard and is highly likely to have seen service during the Peninsular War (1808-1814) and maybe even Waterloo.

The 872mm single-edged blade has a flat spine above a broad, shallow fuller and terminates in a spear point. From 1812 onwards, many heavy cavalry swords had their original hatchet points ground to spear points. A general order to re-point the blades was also issued to the heavy cavalry prior to the Battle of Waterloo in 1815.

The blade is in very good condition for its 200+ years of age and almost certain battle service, with small patches of tarnish along its length and some darker tarnish and shallow pitting at the point on both sides. The blade was service sharpened and has a few tiny edge nicks consistent with service use. The blade has been cleaned which has removed any maker’s details, if indeed they were present to begin with. The forte bears a worn, crowned inspectors stamp and the spine bears two letters B, the first at the original balance point and the second further up the blade. I believe that the use of the B indicates that the sword was made in Birmingham. The blade retains its original washer.

The steel disk guard is unmodified, retaining its languets and full disk shape. The knuckle bow is engraved with the letter A over the numeral 38. The hilt is firm and in good condition with shallow pitting. The leather covered grip is in very good condition and the blade is firm in the hilt.

The sword is complete with its steel scabbard which is marked with the letter A over the numeral 32, indicating that although the scabbard is not a direct match for the sword, both sword and scabbard were issued to A-troop of the same heavy cavalry regiment. The scabbard was probably inadvertently swapped when the regimental armourer re-pointed A-troops blades. The scabbard is in good condition with some use related dings and all-over shallow pitting. The scabbard retains its internal wooden liner and the sword sheathes and draws smoothly and is held firmly within.

This is a good, honest example of a much sought after Napoleonic Wars 1796 heavy cavalry trooper’s sword that almost certainly saw action during the Peninsular Wars.