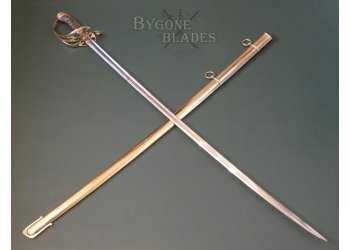 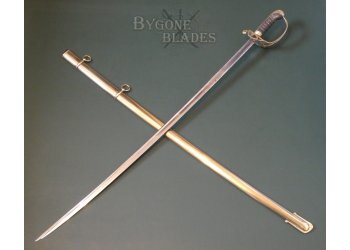 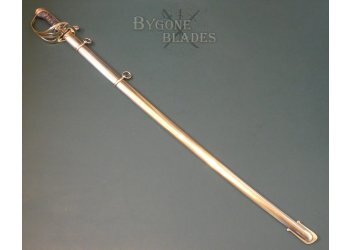 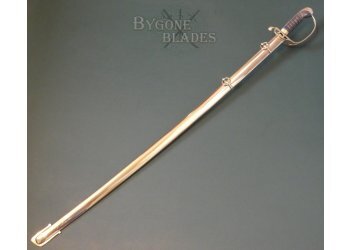 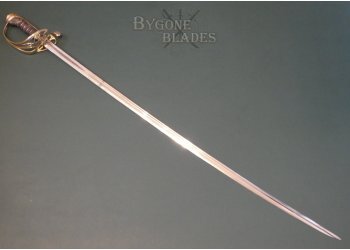 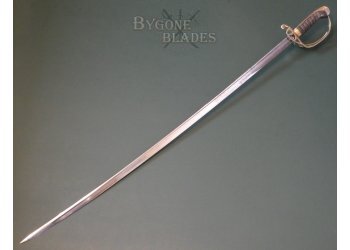 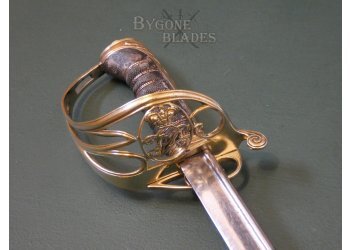 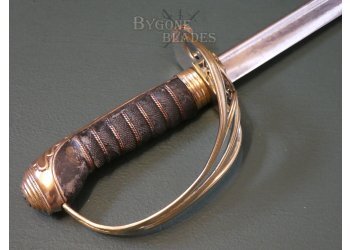 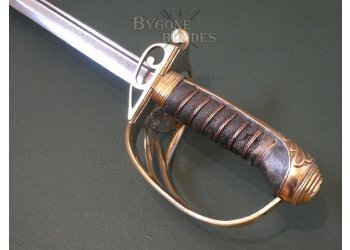 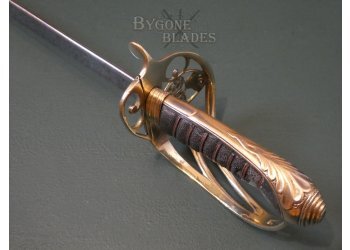 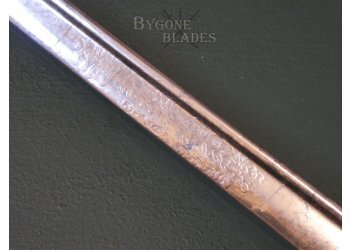 This British pattern 1822 infantry Field officer’s levee sword bears the Royal cypher of Queen Victoria, dating it to between 1837 and 1845. From 1845, the pipe-backed blade was replaced with what has become known as the “Wilkinson” pattern blade. The gilt brass scabbard identifies the sword as having been the property of an officer of Field rank. Field officers are officers ranked as either Major, Lieutenant Colonel, Colonel or Brigadier.

The 790mm slightly curved, pipe-back blade ends in a double-edged quill point. The blade is only lightly etched with a tablet containing the crowned Royal Cypher of Queen Victoria above crossed oak and laurel sprays, consistent with the period. Later Victorian blades tend to be profusely etched. The highly polished blade is in good condition with small and isolated spots of tarnish. The etching is faint. Despite being a levee or piquet weight sword, the blade has been sharpened and retains a fighting edge.

The Gothic brass guard has a folding section with a good crisp action and bears an oval cartouche containing Queen Victoria’s Royal cypher. The guard is in good condition, with some mild distortion to the outer bar. The shagreen grip has suffered a rather amateurish repair using a dark grey epoxy to replace worn or missing shagreen. The hilt’s back strap has acanthus style decoration flowing into the stepped teardrop pommel.

The sword is complete with its original gilt brass scabbard with twin suspension rings. The scabbard is in excellent condition.

This is a good, dainty example of a senior officer’s levee sword that would have been worn for social and court occasions.