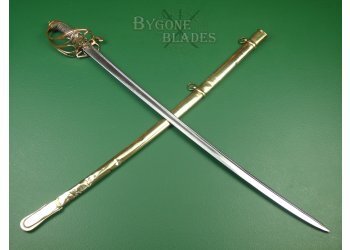 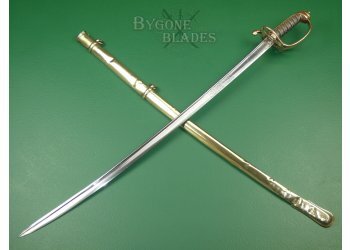 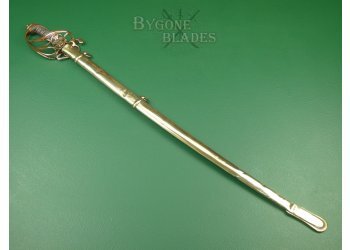 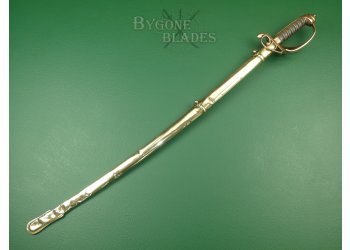 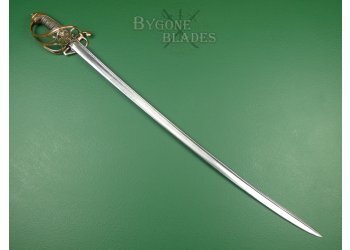 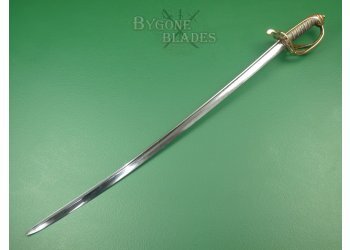 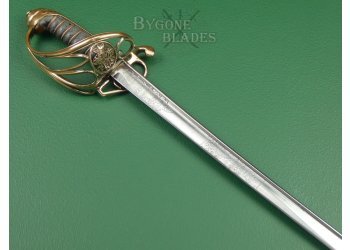 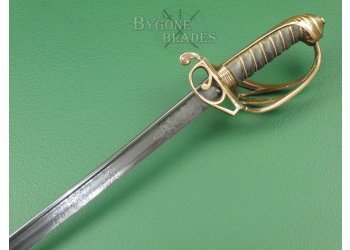 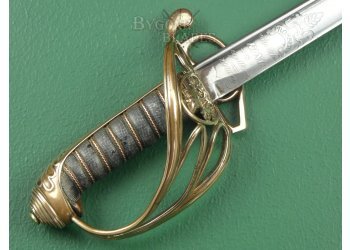 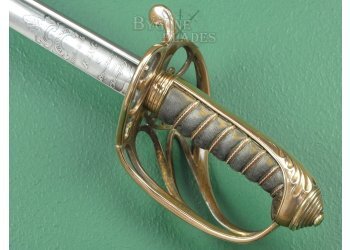 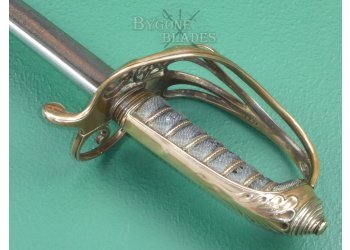 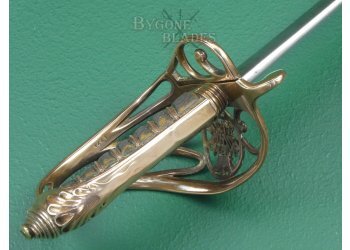 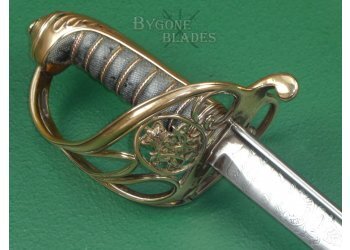 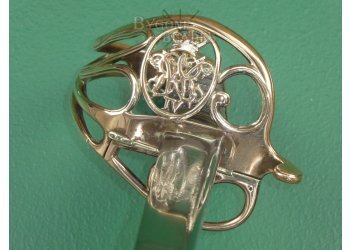 The British pattern 1822 infantry officer’s sword was the first of the “Gothic hilted” swords. The half-basket guard was also the first of its kind adopted by the British military. This P1822 field officers’ pipe-back example was made by the famous sword smith, John Prosser.

The 812mm slightly curved, pipe-back blade ends in a quill point. The blade is in excellent condition and retains its original polish with minimal small spots of tarnish. The forte is deeply etched with the royal cypher of King William IV (1830-1837) and the base of the blade is etched with the maker details. “Prosser. Maker to the King and Royal Family. Charing Cross.”

The obverse of the blade is similarly etched with the royal cypher and maker details.

The Gothic brass guard has a folding section and bears an oval cartouche containing the cypher of King William IV. The guard is in good condition and retains its gilding with some distortion to the first bar. The action of the folding section is crisp and tight. The shagreen grip is in good condition with use related wear and a small area of loss at the rear. The three strands of copper wire are intact and tight. The hilt’s back strap has acanthus style decoration flowing into the stepped pommel.

The blade is firm in the hilt.

The sword is complete with its original gilt brass scabbard with twin suspension rings. The scabbard has numerous small dings collected during its working life. The sword sheathes and draws smoothly and is held firmly within the scabbard.

This is a good example of a scarce William IV infantry officer’s sword by John Prosser, one of England’s most influential makers.