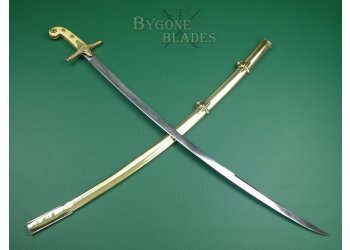 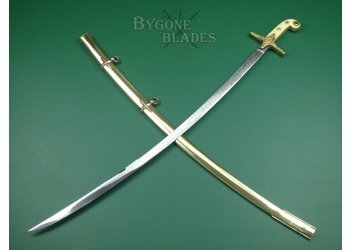 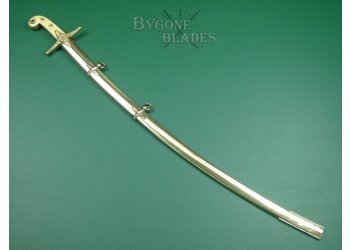 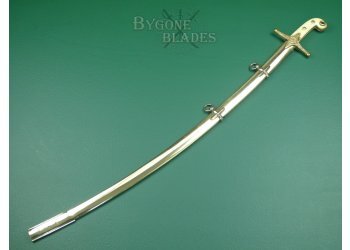 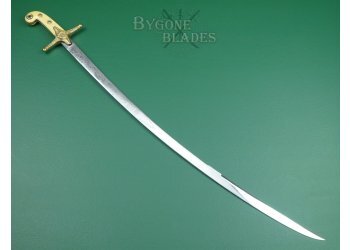 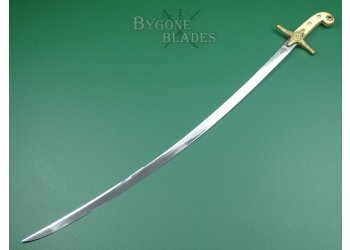 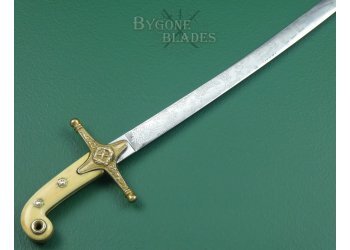 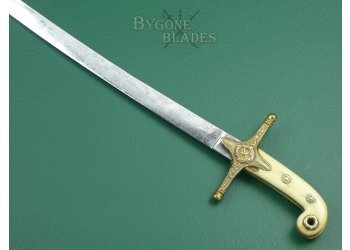 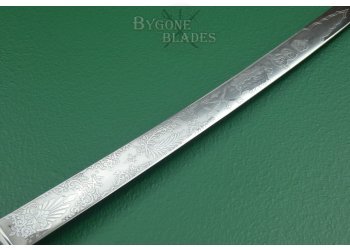 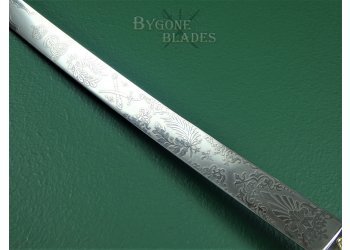 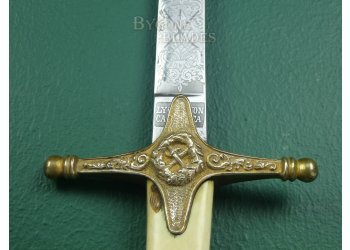 The British 1831 pattern General Officers’ Mameluke sabre has its origins in the scimitar-like swords carried by the Mamluk warriors, the ruling military caste of Ottoman Egypt until 1811. The Duke of Wellington was a famous proponent of the Mameluke sabre. After the Napoleonic Wars, Wellington’s status as a national hero was a key factor in the sabres adoption as the pattern for General Officers.

The 800mm single edged blade has a pronounced curve and clip point with a 290mm upper false edge. The un-fullered blade has a flat spine and is crisply etched on both sides with the crowned cypher of King Edward VII, laurels and palm fronds and the crossed baton and sabre of General rank. The ricasso bears a brass Fleur de Lys proof stud associated with Septimus John Pillin around the time that he was absorbed into the Wilkinson Sword Company. The obverse ricasso bears the cutler’s details, Lyon & Lyon, Calcutta.

The blade is in excellent, near mint condition.

The gilt brass cross-guard is in very good condition and displays a central wreath containing the General’s crossed baton and sabre. The ivory grip is in good condition with small chip to one ivory scale. There is movement of the blade in the hilt.

The sabre is complete with its heavy duty gilt brass scabbard with two hanging rings. The scabbard is in very good condition. The sabre draws and sheathes smoothly and is held firmly within the scabbard.

Due to the ivory grip scales this sword is offered for sale within the UK only.