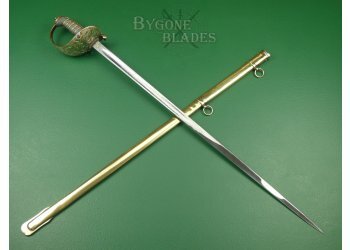 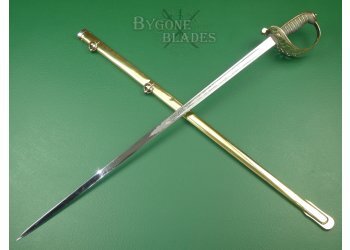 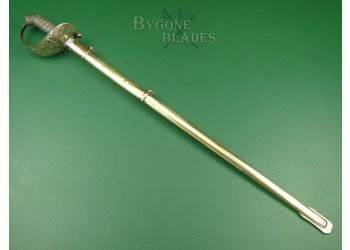 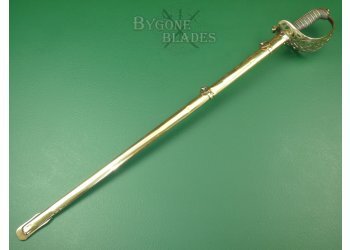 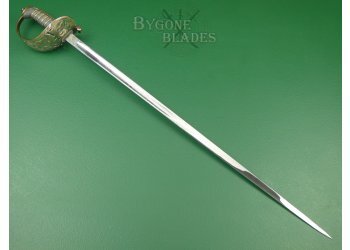 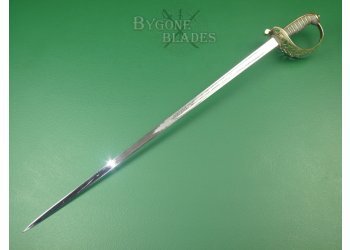 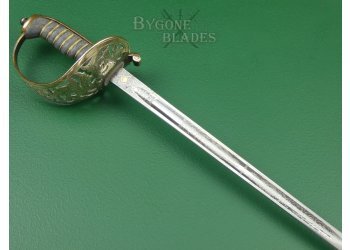 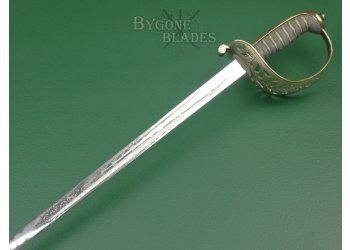 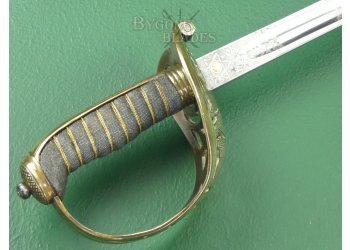 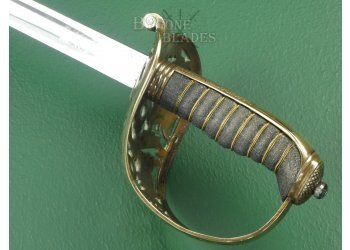 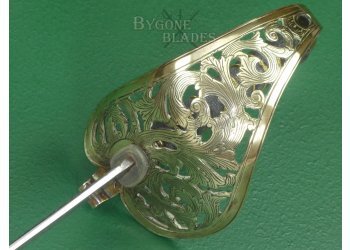 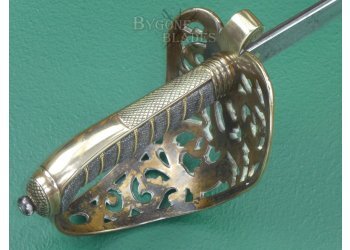 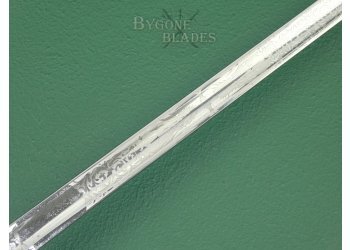 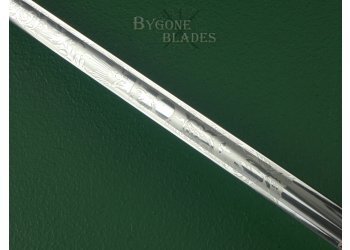 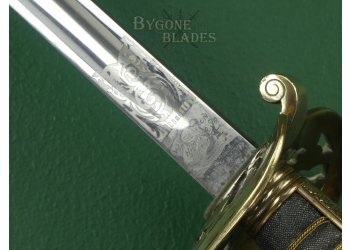 A rare Victorian 1857 pattern Royal Engineer Field Officer’s sword with an 1892 pattern thrusting blade. This sword was made between 1892 and 1899.

Army Dress Regulations did not require Officers of Engineers to adopt the 1892 pattern blade so it was up to the individual officer to choose whether or not to adopt it. The choice came down to the officer's fighting style, the 1892 blade being favoured by officers with a fencing background. Very few Engineers swords were produced with the thrusting blade. Even fewer were made for officers of Field rank.

The 825mm thrusting blade is of dumbbell form, having a symmetrical cross section with a flat spine and belly and a short, broad central fuller. The blade becomes wedge shaped for approximately two-thirds of its length and terminates in a narrow spear point. The 1892 blade is the ultimate thrusting design and its use continues today with the current, 1897 pattern hilt.

The obverse is etched with winged lightning bolts amidst foliate scrollwork.

The ricasso bears faint cutler’s details and the obverse bears a brass proof disc showing “.S.” below the word “PROVED.”

The blade is in very good to excellent condition with crisp etching. There are faint speckles of tarnish on the forte and ricasso.

The brass, acanthus leaf guard is in very good condition. The shagreen wrapped grip is in great condition and the wire binding is intact and tight. The blade is firm in the hilt.

The sword is complete with its Field Officer pattern gilt brass scabbard with two suspension rings. The scabbard is in good condition with some small, shallow dings, the largest being above the second suspension band. The sword sheathes and draws smoothly and is held firmly within the scabbard.

This is a great example of a rare Royal Engineers Field Officer’s 1857 pattern sword with the 1892 blade.