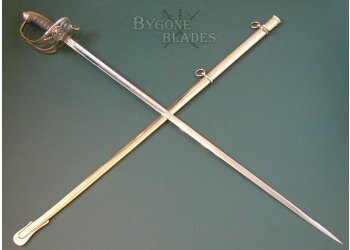 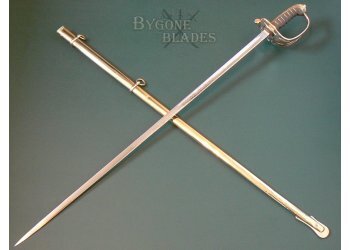 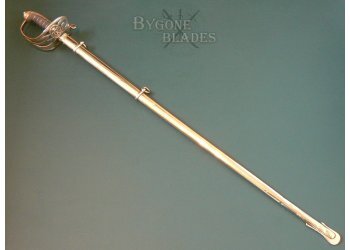 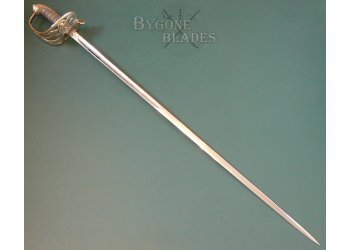 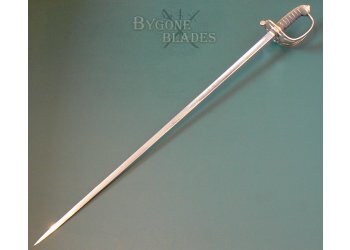 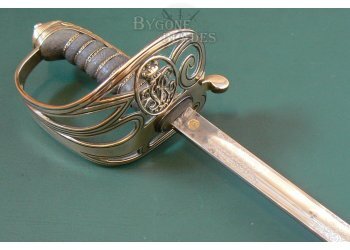 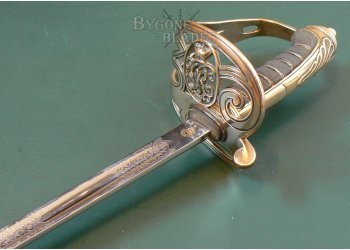 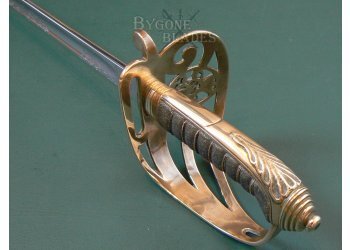 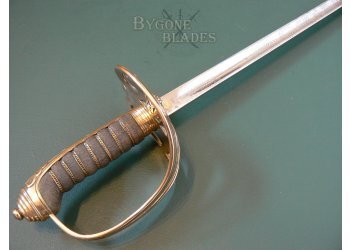 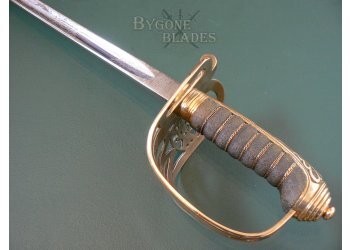 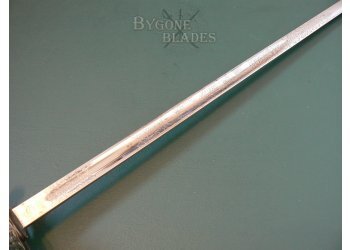 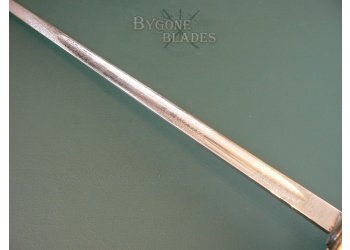 The British 1892 pattern infantry sword marked the end of an era for the brass Gothic hilted swords and is rare because most 1892 infantry swords were re-hilted in 1895 to conform to the new regulation pattern. Rarer still is the dress or levee pattern of this sword.

This near mint condition example is a very rare General’s 1892 levee sword.

The 820mm thrusting blade is of dumbbell form, having a symmetrical cross section with slightly rounded spine and belly and a short central fuller. The blade becomes wedge shaped for approximately two-thirds of its length and terminates in a narrow spear point. The piquet or levee weight blade is approximately two-thirds of the width of the full weight blade but remains the same length. The 1892 blade is the ultimate thrusting design and its use continues today with the current, 1897 pattern hilt.

The blade is in near mint condition, retaining its original polish. The blade is deeply etched with the royal coat of arms, laurels and scrolled foliate panels. The obverse is similarly etched and includes the crowned cypher of Queen Victoria. The ricasso bears the retailer’s details, “G. Phillips & Son,” of Stonehouse, Plymouth. The obverse bears a brass proof stud often associated with Wilkinson Sword Company trade customers.

The sword is complete with its gilded brass scabbard. The scabbard is in equally fine condition with its gilding undamaged. The sword sheathes and draws smoothly and is held firmly within the scabbard.

This is a fantastic example of a rare 1892 pattern British infantry General’s dress sword.