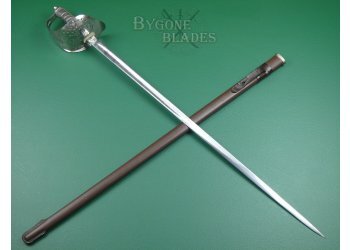 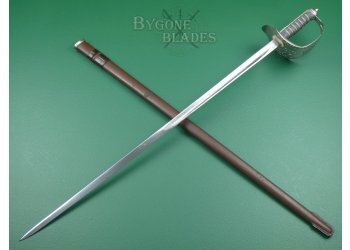 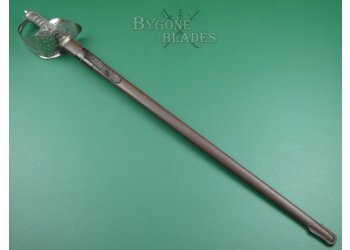 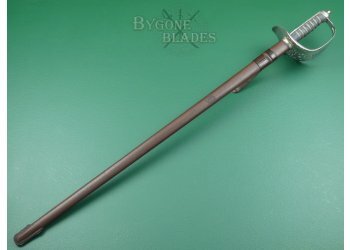 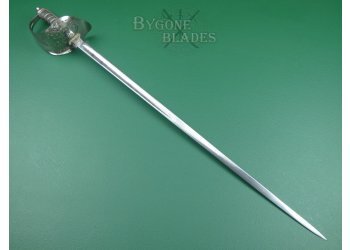 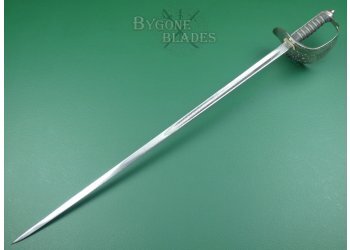 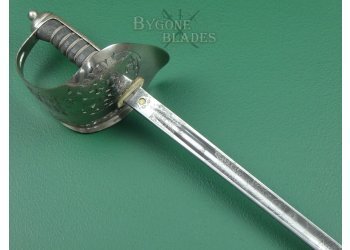 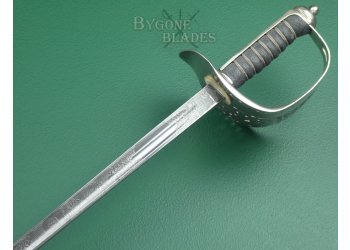 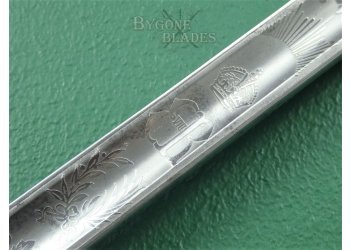 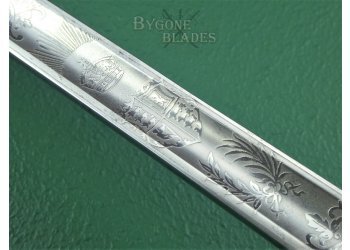 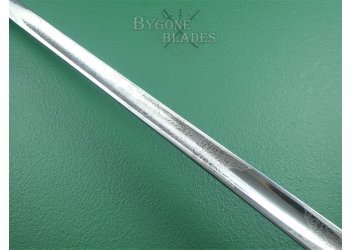 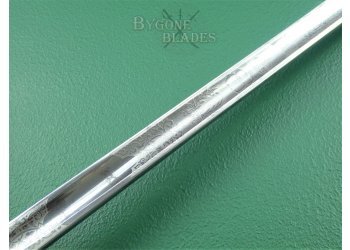 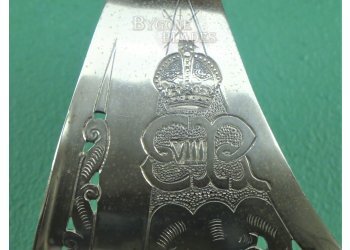 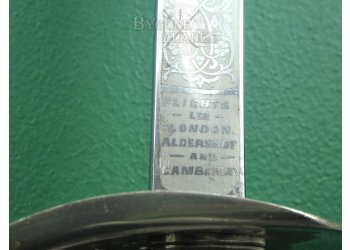 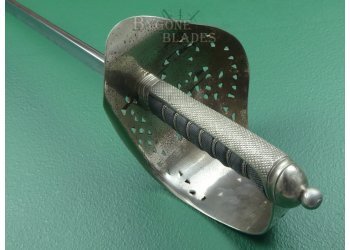 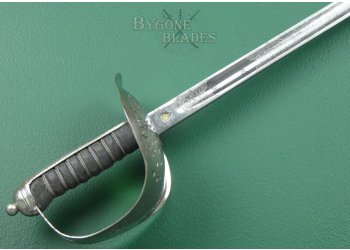 This rare 1897 pattern army officer’s sword bears the royal cypher of King Edward VIII. Edward VIII was king of Great Britain and Emperor of India from the 20th January 1936 until the 10th December 1936. He was king for less than 11 months before his abdication and few swords bearing his royal cypher were produced.

The 825mm single edged blade is of dumbbell form with a short, wide single fuller on both sides and a slightly rounded spine tapering to a spear point. The blade is in good condition with some pale age related tarnish mainly towards the point. The blade is etched with arches above foliate scrollwork surrounding the crowned royal cypher of King Edward VIII above crossed laurel and palm fronds. The ricasso bears a brass proof stud showing a Fleur de Lys below the word “PROVED.” The obverse of the blade is etched with arches and scrollwork above the crowned Royal Arms and the ricasso bears the cutler’s details, “Flights Ltd. London, Aldershot and Camberley.”

The plated steel bowl guard is of 1897 pattern and bears the royal cypher of Edward VIII amidst a pierced foliate design. The plating is in good condition with some mild spotting and wear. The crosshatched back strap has an oval pommel and rounded tang nut. The shagreen covered grip is in excellent condition and the twisted wire is intact and strong.

The sword is complete with its brown leather covered field scabbard. The scabbard is in condition with some minor marks and wear consistent with use.

This is a good example of a rare British army 1897 pattern officer’s sword made during the 322 day reign of King Edward VIII.