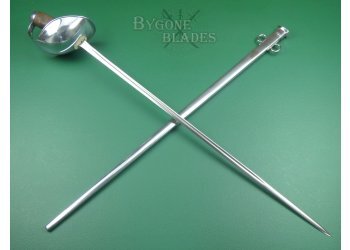 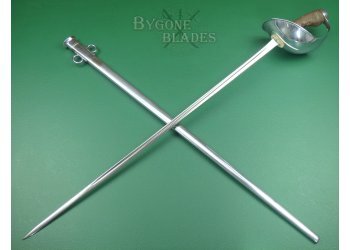 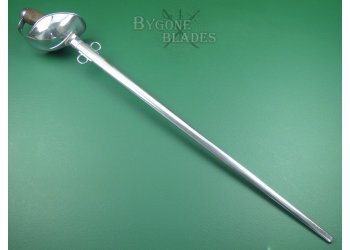 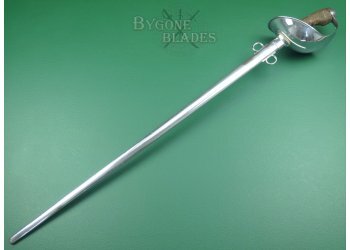 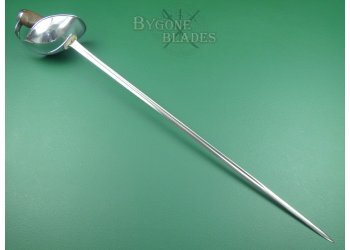 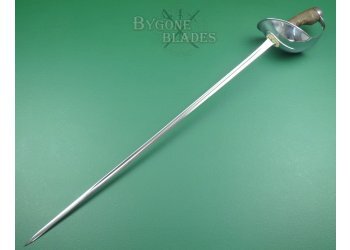 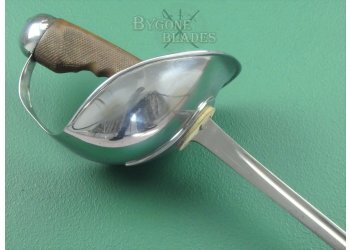 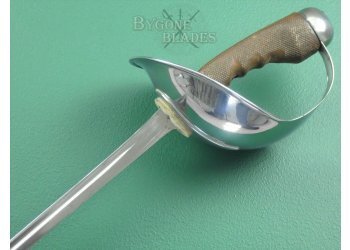 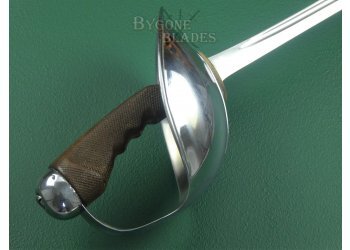 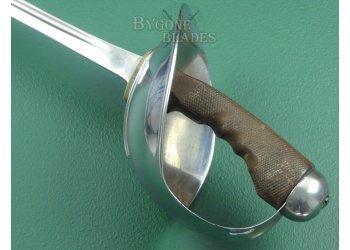 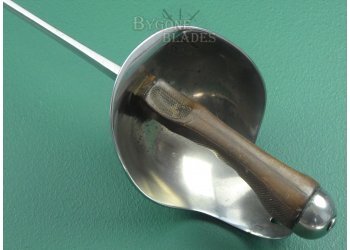 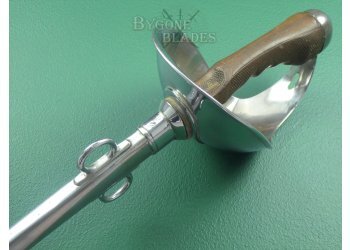 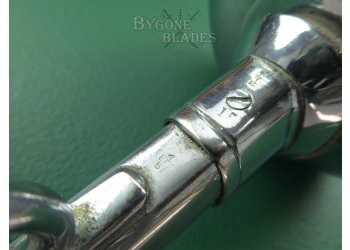 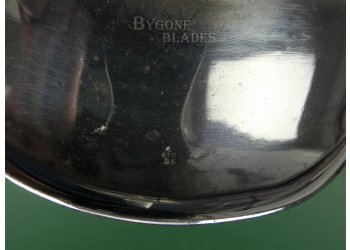 This fantastic P1908 cavalry trooper’s sword was made at the Enfield factory in 1915 used during WW1 it was later plated for parade use. The sword is in excellent condition.

The 890mm blade has a flat spine above a long, narrow fuller and terminates in a narrow spear point. This thrusting blade is considered to be one of the best cavalry blade ever used. The blade is bright and clean and in excellent condition. The ricasso is marked with a partial bend test mark. The other marks that would have been present are concealed by the high quality, thick plating.

The front of the plated steel bowl guard is marked with the War Department arrow and an Enfield inspection stamp. The bowl guard is in excellent condition. The composite grip has modified finger grooves that significantly improve the user’s grip on the sword. It is known that trials with experimental grips continued for some time after the official adoption of the P1908. This modification was likely to have been an experimental design for use during trials but it could also have been a matter of personal preference, the trooper being allowed some leeway to improve their sword’s handling. Either way it is highly likely that this modification dates to the period of the swords use prior to or during World War One.

This is an excellent example of the last cavalry sword designed for the British military, a pattern still in ceremonial use today.