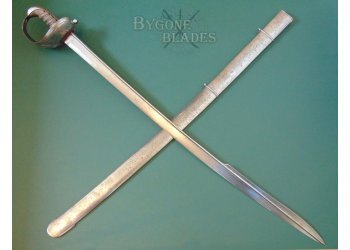 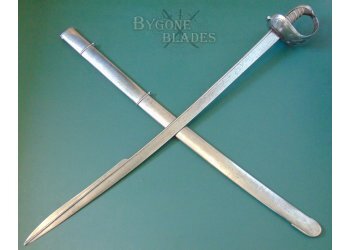 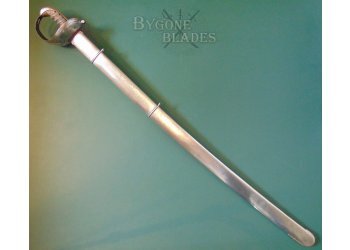 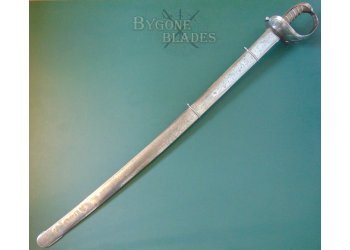 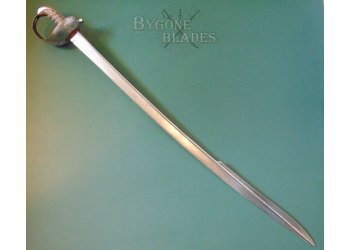 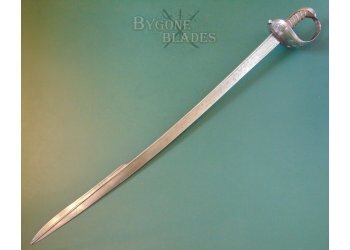 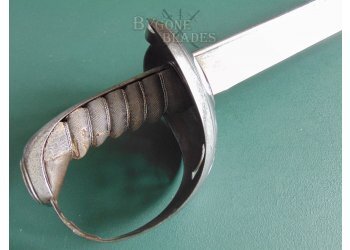 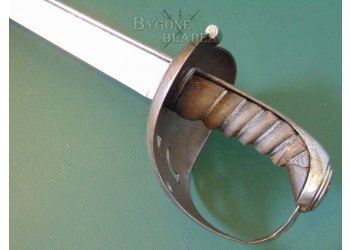 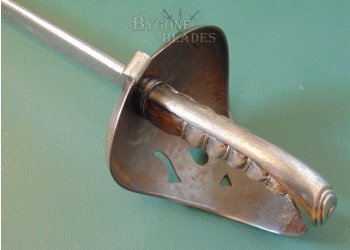 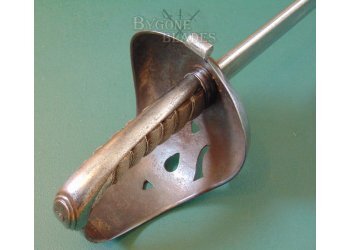 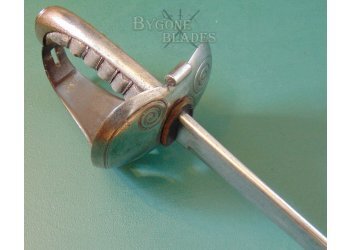 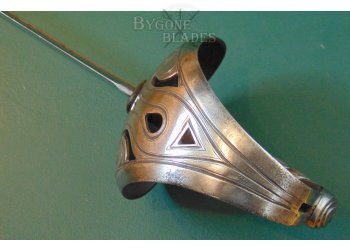 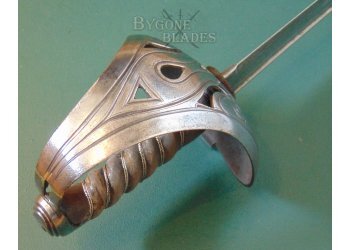 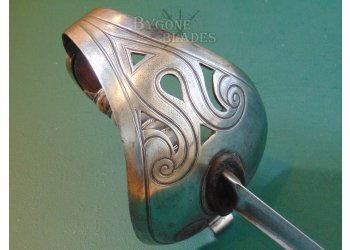 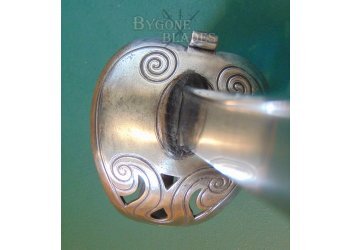 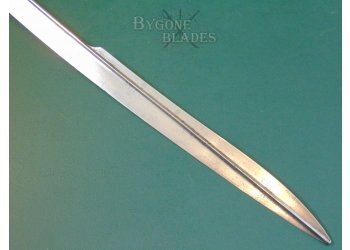 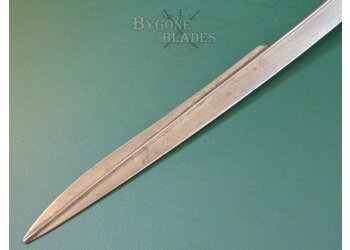 The very rare Celtic Hilt (Dellar, 1995) Heavy Cavalry officer’s sword first appeared on the battlefields of the Peninsular around 1811/1812, approximately four years after Britain’s entry into the conflict in 1808.

The few known examples of the Celtic hilt heavy cavalry sabre that have regimental attribution are all named to the Dragoons; the 4th Dragoons in particular. One example exists in the Edinburgh Castle museum, Scotland, marked to the Royal Scots Dragoon Guards (although the officer who owned it served with the 4th Dragoons in the Peninsular). Another example held in the Edinburgh Castle museum is marked to the 3rd Dragoons. The 3rd, 4th and 5th Dragoons made up the Heavy Brigade, commanded by John Le Marchant until his death at the Battle of Salamanca on 22nd July 1812. The Heavy Brigade shipped to Portugal, billeted together and fought side by side throughout the Peninsular Campaign.

The 885mm single-edged, pipe-back blade has a large 330mm re-curved yelman terminating in a quill point. The blade is in very good condition with a pleasing pale patina and speckles of darker tarnish along its length. The blade was service sharpened and retains its original washer.

Despite its width (37mm at the ricasso), thickness (8mm pipe-back) and length with minimal distal taper (6mm at the beginning of the yelman), the balance point of the blade is only 165mm from the guard. In the hands of experienced heavy cavalry officers this sword would have been devastating.

The pierced and incised decoration on the steel bowl guard is reminiscent of Celtic designs, giving the sword its name. The guard is in overall great condition with a solid, period braised repair at the lanyard slot. The guard has a great patina. The shagreen wrapped grip is in generally good condition with a small, professional repair where it enters the pommel. The grip retains its twisted silver wire and most of its shagreen with age and use appropriate wear. The blade is firm in the hilt.

The sword is complete with its original steel scabbard with keyhole throat to accommodate the pipe-backed blade. The scabbard is missing its suspension rings but the ring bands are in good order. The scabbard is on overall excellent condition and the sword sheathes and draws smoothly.

This is an excellent example of an exceptionally rare Celtic hilt heavy cavalry fighting sword that probably saw service in the Peninsular campaign.