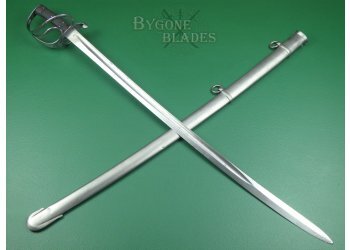 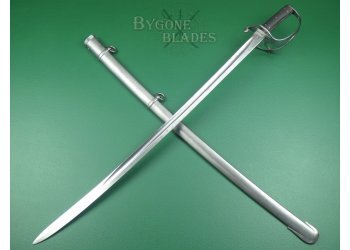 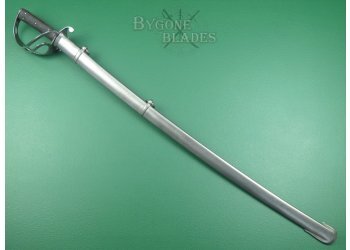 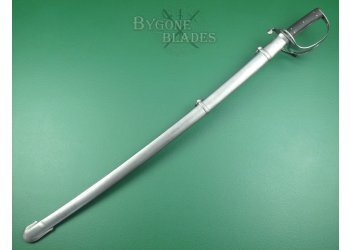 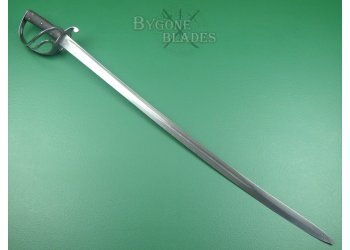 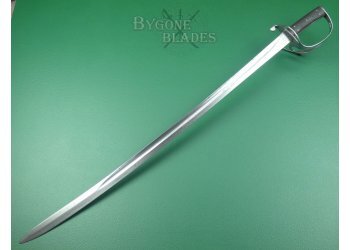 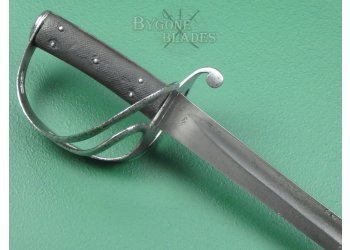 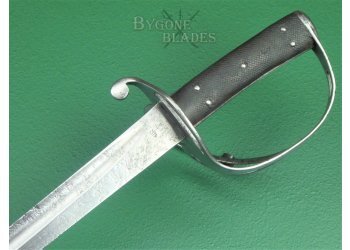 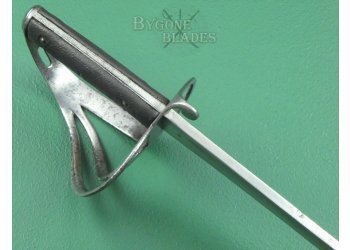 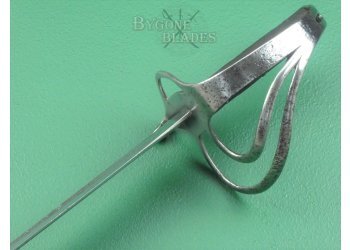 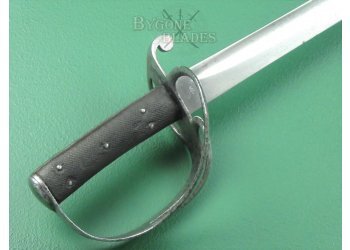 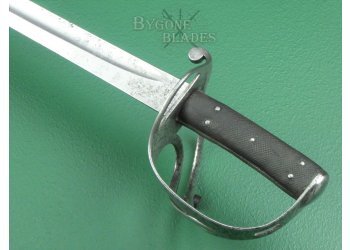 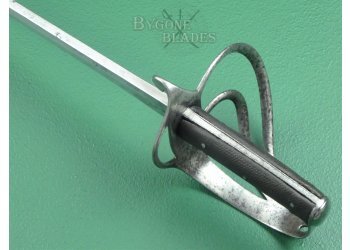 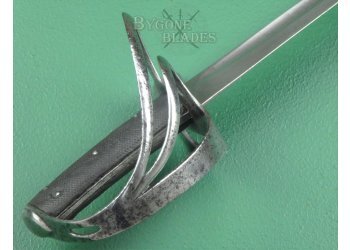 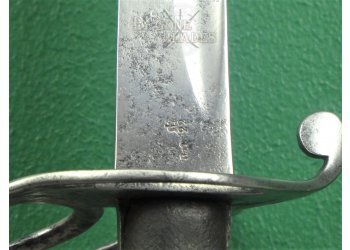 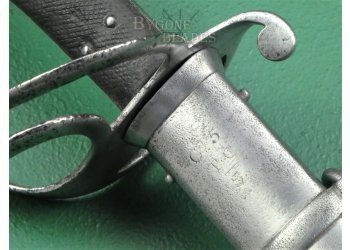 The 1853 pattern British cavalry sword was the first sword to be issued to troopers of both light and heavy cavalry regiments. The sabre was also issued to troopers of the Royal Horse Artillery. It was the first issued sword to utilise Reeves “Patent Solid Tang,” the blade and tang being of one piece instead of the iron “rat-tail” tang that was traditionally forge-welded on to the steel blade. This of course made for a much stronger sword, more rigid and far less likely to suffer a catastrophic failure having eliminated the junction between blade and tang.

The 898mm single-edged blade is slightly curved and has a thick, flat spine with a single fuller and terminates in a spear point. The blade is in fair to good condition, bright and clean with scattered spots of pitting and mild tarnish. The blade was service sharpened.

The spine bears a letter B, indicating the point of balance and the ricasso is stamped with a worn Solingen maker’s mark, T&C in an oval of dots, and a Birmingham inspection/reissue stamp. The obverse ricasso bears a crowned inspection stamp besides the initials, R.T. In order to increase production and equip departing troops with the new pattern sword, a number of Solingen based makers were awarded contracts to produce the P1853 at the onset of the Crimean War.

The iron 3-bar guard comprises a single knuckle bow and two side bars and is in good condition with scattered shallow pitting. The front of the knuckle bow is engraved with the markings, M.Y.C, over the weapon number 93. The front of the guard is also stamped with the letter, F and the numeral 87. The “new” solid tang is almost the same width as the blade and is gripped with two leather scales secured by five rivets. The grip scales are firmly in place and are in good condition showing use related wear to the leather.

The sword is complete with its iron scabbard with twin suspension rings. The scabbard is in good condition with mild, shallow pitting and is free of dents and damage. The top of the scabbard, below the throat is engraved on one side with the regimental markings C 5, over T. C., over the weapon number 5. The sword sheathes and draws smoothly.

This is a good example of an increasingly hard to find Crimean War period British cavalry trooper’s sword with researchable regimental markings.