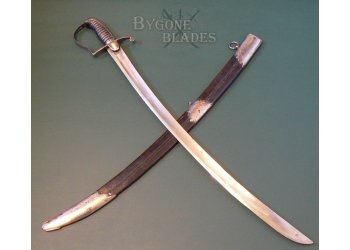 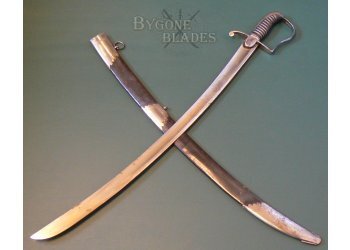 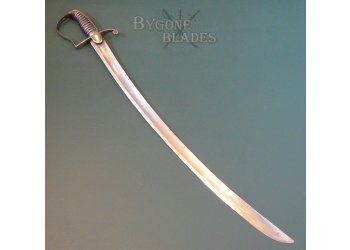 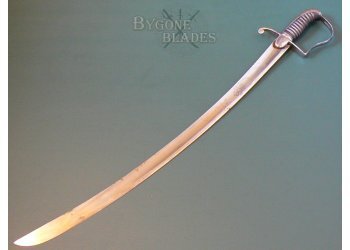 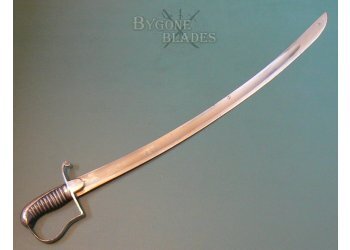 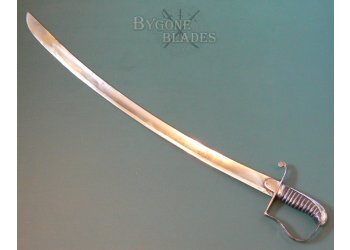 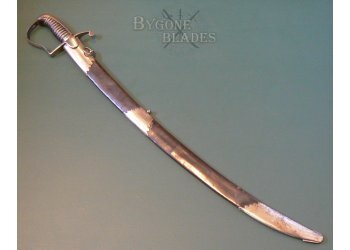 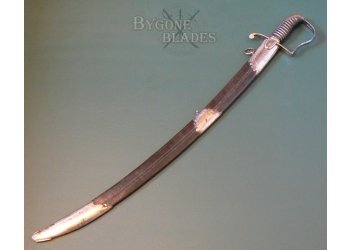 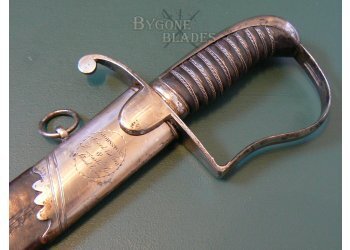 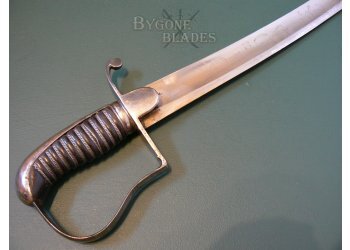 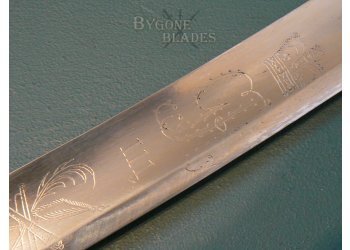 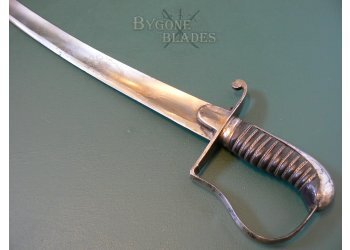 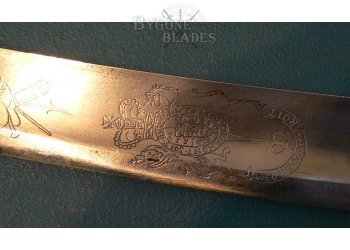 This is a fantastic example of a pre-regulation Infantry Flank officer’s sabre dating from between 1796 and 1803. The Flank companies of the British army (so called because when deployed in the standard line formation they occupied the right and left flanks) were the Grenadiers and Light companies, including the newly formed Rifle companies of which the famous 95th Rifles was the first.

The grenadiers and light companies of a battalion were considered the elite of these infantry regiments, often fighting out in front of the main army as skirmishers. Grenadiers were also the senior company of any infantry battalion and would typically lead an assault.

The added risk associated with skirmishing meant that flank company officers needed a more robust fighting sword than the standard (and unpopular) 1796 infantry spadroon. Despite regulations, flank officers turned to using sabres based on the new P1796 Light cavalry sabre. The need for a more robust weapon was formally acknowledged by King George III in 1803, when he approved “a Pattern Sword for the Officers of Grenadiers and Light Infantry.” The 1803 pattern Flank Officer’s sabre with its iconic lion-head pommel and George III cypher on the guard.

The curved blade of this pre-regulation flank officer’s sabre is 706mm in length, making it ideal for fighting on foot. The broad, single-edged blade has a flat spine and wide fuller, terminating in a hatchet point. The blade closely resembles that of the light cavalry sabre upon which it was based.

The blade is in excellent condition and is nicely etched with stands of arms, floral sprays and King George III’s crowned Royal cypher. The obverse of the blade bears floral sprays, stands of arms and the crowned Royal arms and motto. The blade has been service sharpened and retains its fighting edge. The slight yellow colour to the blade is a coat of varnish that was applied by a previous owner. This can be easily removed (I will do it for you if requested) and has served to keep the metal bright and free of rust.

The steel stirrup hilt is in overall excellent condition. The leather covering to the grip is intact as is the silver wire binding. The blade is firm in the hilt.

The sabre is complete with its leather covered wooden scabbard with steel mounts. The leather is in great condition and the stitching is intact. The steel furniture has some small scuffs consistent with age and use and there are some small areas of tarnish and some shallow pitting on the drag. The second suspension ring is missing. The scabbard’s locket bears an oval cartouche containing the cutlers’ details, “Johnstons Sword Cutlers, 8 Newcastle Str, Strand. London.”

This is a beautiful and scarce pre-regulation flank officer’s sabre from the Peninsular and Napoleonic Wars period.