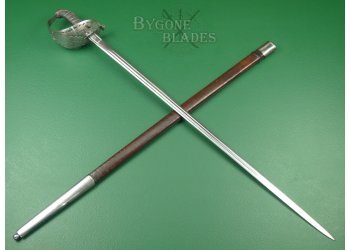 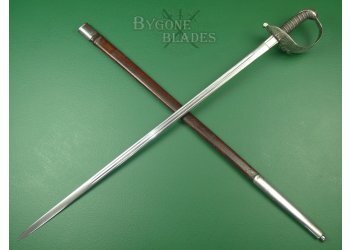 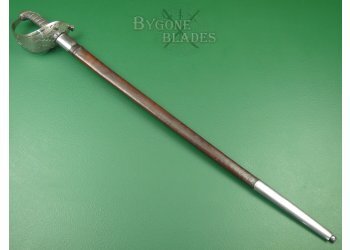 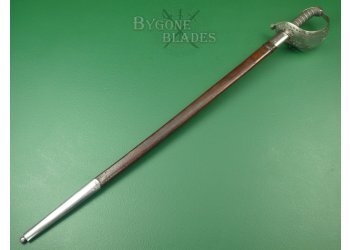 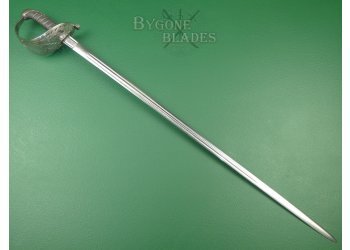 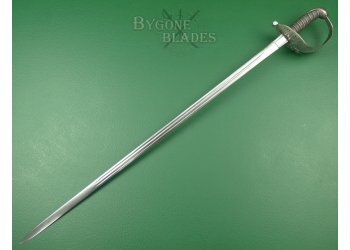 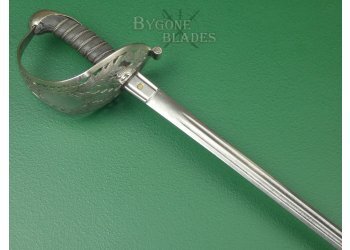 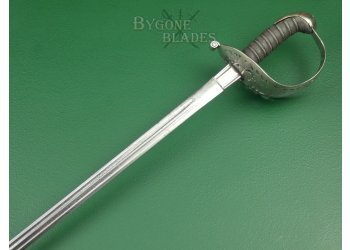 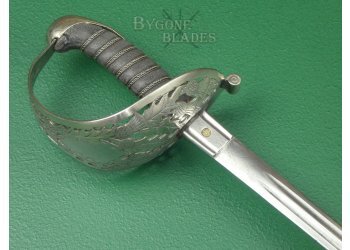 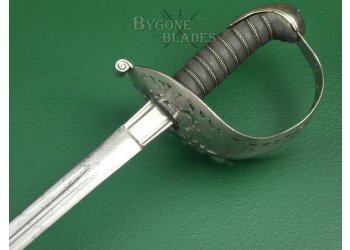 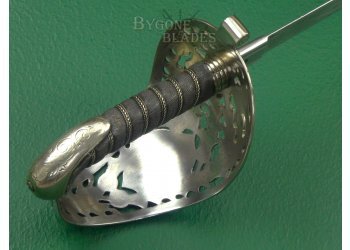 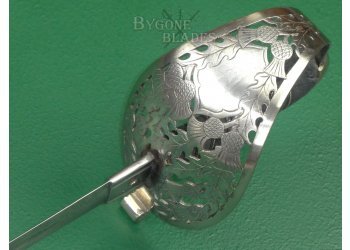 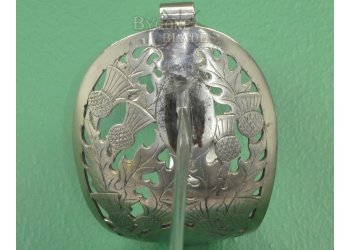 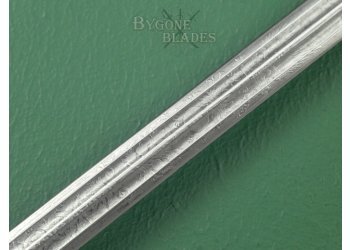 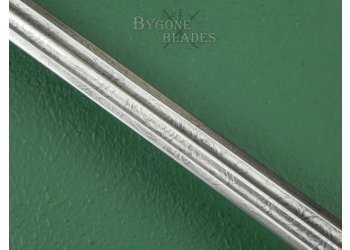 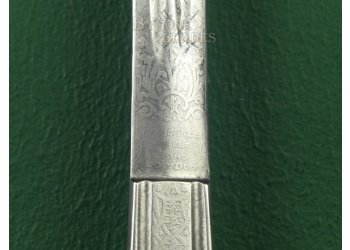 This scarce Royal Scots Fusiliers field officer’s broadsword was made by Edward Thurkle, a renowned 19th Century English sword maker. The presence of two parallel fullers on the blade with two short fullers on the ricasso indicates that the sword was made prior to 1881. From 1881 onwards, broadswords tended to have a single, central fuller. Edward Thurkle traded from his Soho premises from 1877 and was joined by his son in 1889, thereafter the maker’s details read “E. Thurkle & Son.” This indicates a forging date of the blade as being between 1877 and 1881.

The 870mm double-edged (broadsword) blade has twin, three-quarter length fullers and terminates in a spear point. The blade is etched with foliate scrollwork and thistles, a crown and the flaming grenade of the fusiliers with the regiment, “Royal Scots Fusiliers” encircling the grenade which bears a thistle motif. A larger thistle is etched below the regimental emblem. The obverse of the blade is similarly etched and bears a badge containing the regimental motto, “Nemo Me Impune Lacessit” (No-one attacks me with impunity). The royal cypher of Queen Victoria is etched below the regimental motto.

The forte is etched with the maker’s details, “E. Thurkle, Maker. Soho, London.” The obverse ricasso bears a brass proof stud showing the word “proved” around a central star.

The blade is in very good condition.

The symmetrical steel guard is decorated with a pierced thistle motif. The shagreen grip is in good condition with a tiny split in the shagreen at the pommel end and the three strands of twisted silver wire are intact and tight. The blade is firm in the hilt.

The sword is complete with its brown leather field service scabbard with steel locket and chape. These scabbards became regulation and replaced the previously used steel scabbards in 1899. The scabbard is in very good condition.

This is a very good example of a scarce 19th Century Scottish field officer’s broadsword, regimentally marked to the Royal Scots Fusiliers.