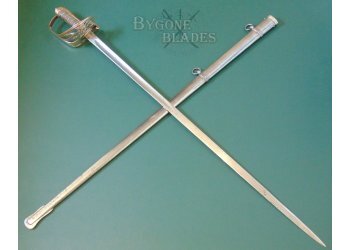 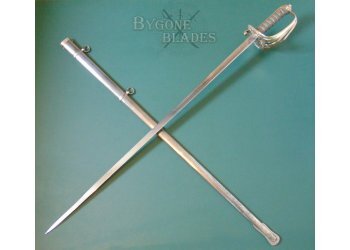 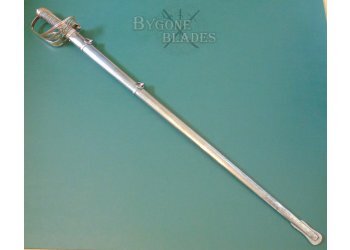 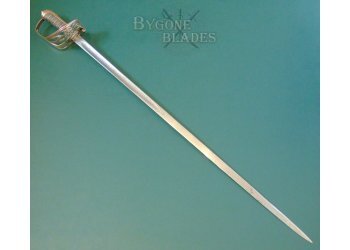 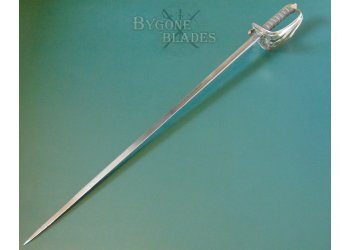 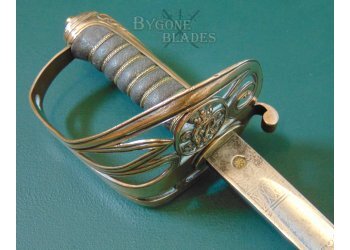 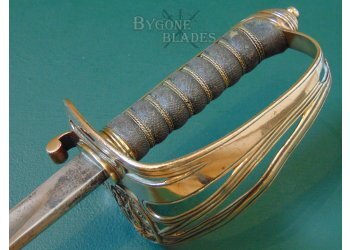 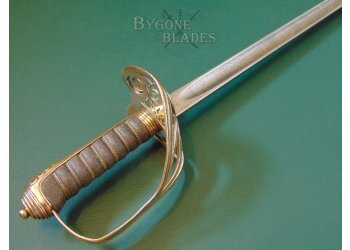 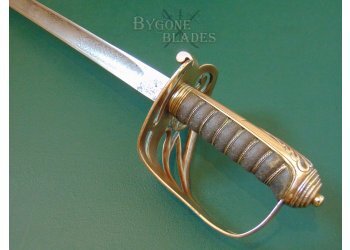 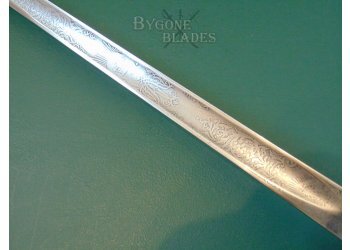 This is a good example of a rare British infantry officer’s 1892 pattern sword made by Septimus John Pillin.

The British 1892 pattern infantry sword marked the end of an era for the brass Gothic hilted swords and is rare because most 1892 infantry swords were re-hilted in 1895 to conform to the new regulation pattern.

The 832mm thrusting blade is of dumbbell form, having a symmetrical cross section with a flat spine and belly and a short central fuller. The spine bears the Pillin serial number 99469. The blade becomes wedge shaped for approximately two-thirds of its length and terminates in a narrow spear point. The 1892 blade is the ultimate thrusting design and its use continues today with the current, 1897 pattern hilt.

The blade is in good condition with a pleasant patina and only a few small areas of tarnish and some shallow pitting on the spine and at the ricasso. The blade is etched with panels of foliate scrollwork and the crown and royal cypher of Queen Victoria. The obverse is similarly etched. The ricasso bears the maker’s details, made illegible by a patch of shallow but stable pitting. The obverse bears Septimus John Pillin’s brass proof stud.

The Gothic brass hilt is in good used condition with some mild distortion to the first bar. The guard bears the VR cypher of Queen Victoria above the flowers of the union. The rear third of the smooth back strap has the typical acanthus style decoration of the infantry, with a stepped oval pommel and button. The shagreen grip is in good condition and the brass wire binding is intact and tight. The blade is firm in the hilt.

The sword is complete with its polished steel scabbard. The scabbard is in good condition with a pale patina and very shallow pitting on the lower third. The sword sheathes and draws smoothly and is held firmly within the scabbard.