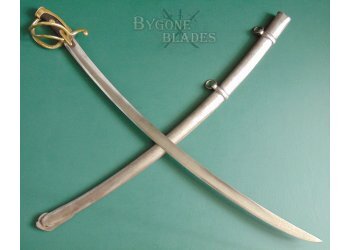 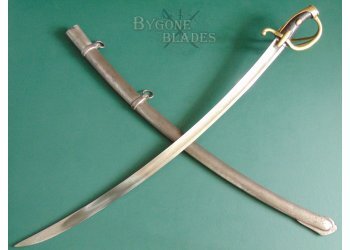 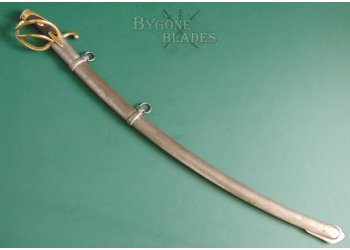 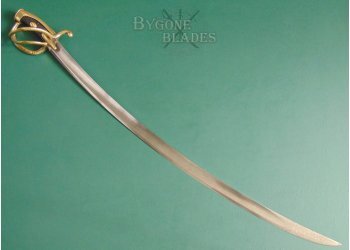 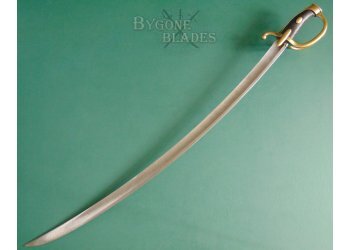 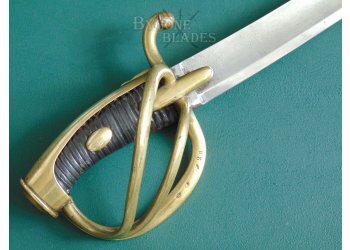 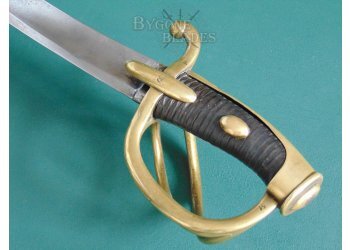 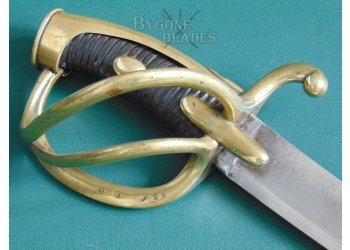 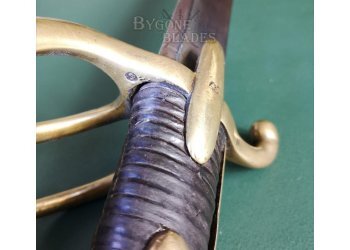 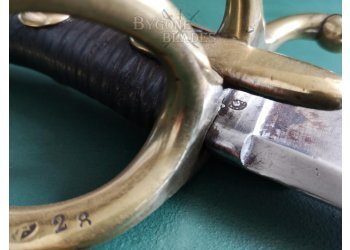 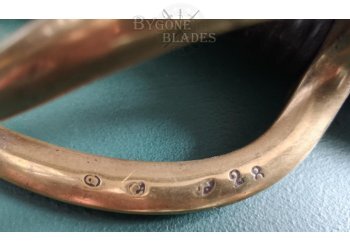 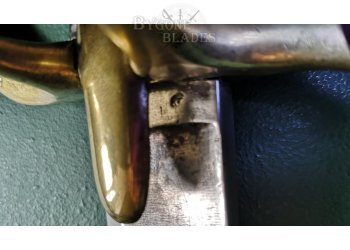 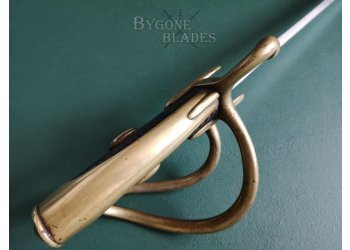 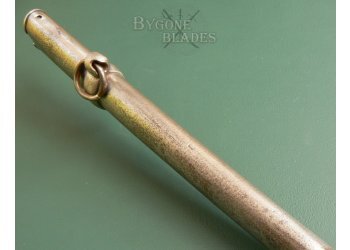 The “sabres de la cavalrie legere dits a la chasseur, an XI,” to give it its French title, is one of the iconic sabres of the Napoleonic period. Year eleven (An XI) light cavalry sabres were issued to all French regular light cavalry regiments, including the Lancers, Hussars and Chasseurs. These sabres saw action throughout Europe and against Wellingtons’ troops in the Peninsular and at Waterloo.

The 876mm curved blade has a broad fuller below a flat spine and ends in a hatchet point. The blade is double-edged for the last 140mm and was period sharpened. The blade is in great condition with very mild speckled tarnish. Repeated cleaning/polishing over the years has almost removed the spine engraving leaving only a trace of the Klingenthal name remaining. The ricasso bears what I believe is the inspection poincon of Francois Ducret, a Coulaux inspector from 1805 and a second, worn stamp. The stamps are partially concealed by the languet.

The three bar guard has long, lozenge shaped languets and a leather and cord wrapped wooden hilt with “half olives.” The guard is of gilded bronze alloy called Arco. The left languet is stamped with the rack number 97, which has been over stamped with a zero. The bar of the D-guard is stamped with the number 51 close to where the bar joins the pommel. The oval poincon of Joseph Bisch 1804-1809 is clearly stamped on the inside of the knuckle bow at the front. This poincon has been protected by its position on the guard and so is easy to read. The rest of the poincon on the guard are worn and harder to determine. The opposite side of the knuckle bow is stamped with the poincon (probably) of Claude Marion, Klingenthal inspector from 1808 to 1811 and the number 28.   The remaining stamps are hard to determine.

Despite the difficulty in deciphering the worn poincon and the loss of the spine engraving, the Bisch poincon is clear enough to enable the dating of this sabre to between 1805 and 1809, the period during which Bisch was working. An independent expert has also confirmed this sabre to date from the First Empire. The blade is firm in the hilt and the guard and grip are in excellent condition.

The sabre is complete with its original heavy steel AN XI pattern scabbard. The AN XI scabbard has slightly rounded suspension ring bands and is made of much thicker steel than the earlier AN IX model scabbard. The wear to the eyes of the suspension bands indicates that this sabre was in service for quite some time. The scabbard is in good condition, with some shallow pitting and a mild age patina. There are some small corrosion perforations on the bottom at the junction with the shoe. The second suspension ring looks to be a historic replacement and the throat is missing its single screw. The sword sheathes and draws smoothly and is held firmly within the scabbard. The first suspension band bears the number 19, and the letter “C” is stamped on the inside edge between the suspension bands.

This is a rare and guaranteed genuine Napoleonic light cavalry sabre in very good condition. It dates to between 1805 and 1809. This sabre would have been used by a trooper in Napoleon’s Grand Army.