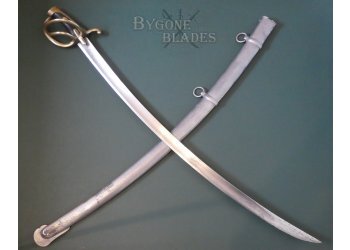 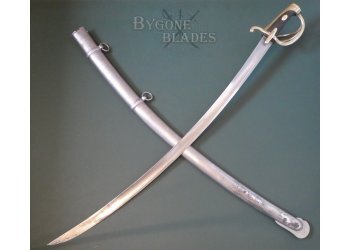 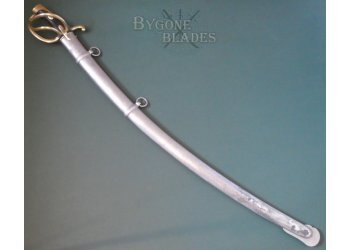 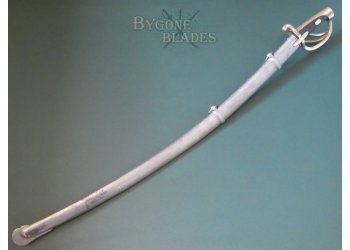 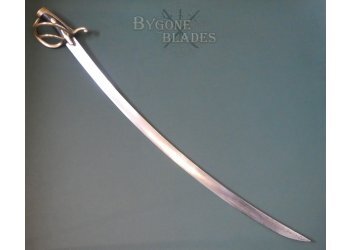 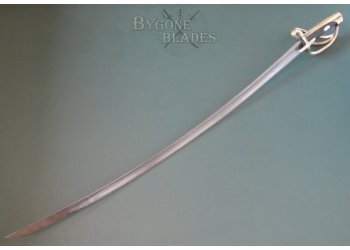 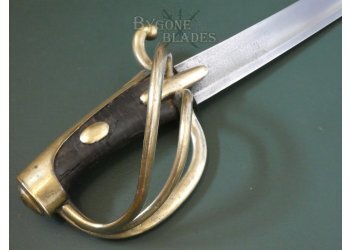 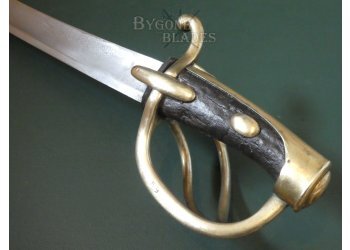 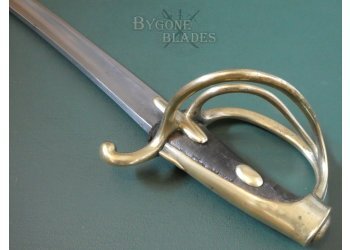 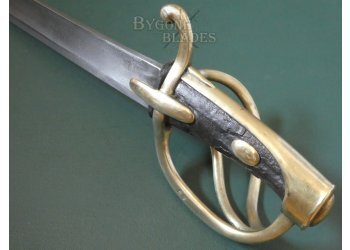 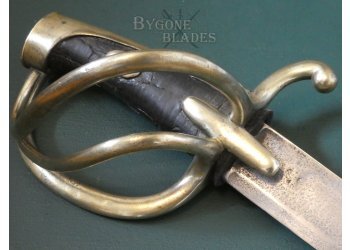 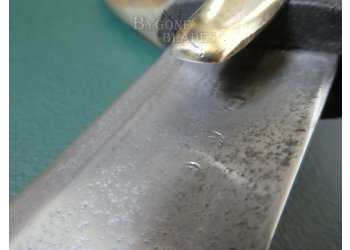 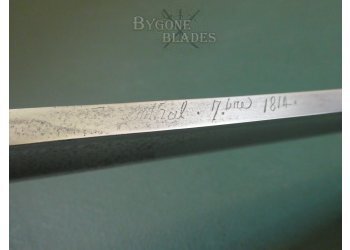 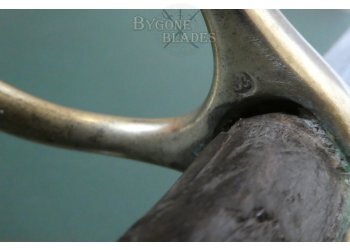 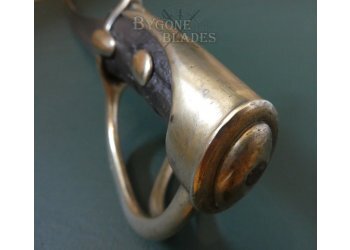 The “sabres de la cavalrie legere dits a la chasseur, an XI,” to give it its French title, is one of the iconic sabres of the Napoleonic period. Year eleven (An XI) light cavalry sabres were issued to all French regular light cavalry regiments, including the Lancers, Hussars and Chasseurs. These sabres saw action throughout Europe and against Wellingtons’ troops in the Peninsular and at Waterloo.

The 876mm curved blade has a broad fuller below a flat spine and ends in a hatchet point. The blade is double-edged for the last 140mm and was period sharpened. The blade is in generally good condition with shallow pitting at the point and along the edge and below the spine. The pitting is very shallow and can barely be felt when running a finger along the pitted areas.

Repeated cleaning/polishing over the years has almost removed the spine engraving leaving only the last part of the Klingenthal name and the date 7bre (July) 1814 remaining. The forte bears a clear inspection poincon of Francois Lobstein, and two partly struck/worn poincon that I believe are for Jean Bick (his post 1812 stamp) and possibly Etienne Borson.

The three bar guard has long, lozenge shaped languets and a wooden grip with “half olives.” The grip has lost most of its leather wrap but remains solid and strong. The guard is of gilded bronze alloy called Arco. The bar of the D-guard is stamped with the number 59 and the oval poincon of Joseph Bisch is stamped on the inside of the knuckle bow at the front. Slight indentations indicate that additional stamps were present on the side of the knuckle bow but these have been polished out over time. The blade is firm in the hilt.

The sabre is complete with its original heavy steel AN XI pattern scabbard. The AN XI scabbard has slightly rounded suspension ring bands and is made of much thicker steel than the earlier AN IX model scabbard. The scabbard is in fair condition, with shallow pitting along its length. The scabbard was copper plated and painted black when I received it and has since been media blasted to remove the plating and paint. There were some small corrosion perforations on the bottom of the scabbard and these have been sealed with epoxy steel. The top of the scabbard bears the V stamp of the Versailles armoury. The scabbard shoe bears some deeply struck stamps of the letters T and L.

The sword sheathes and draws smoothly and is held firmly within the scabbard.

This is a rare and guaranteed genuine Napoleonic light cavalry sabre in reasonable condition for its 206 years of age and battlefield use. It dates to July 1814 and would have been used by a trooper in Napoleon’s Grand Army.