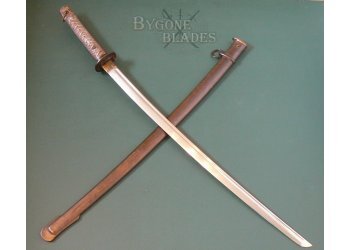 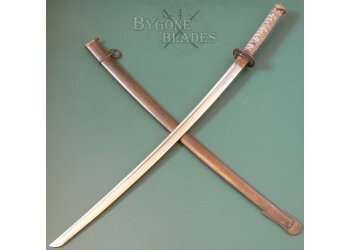 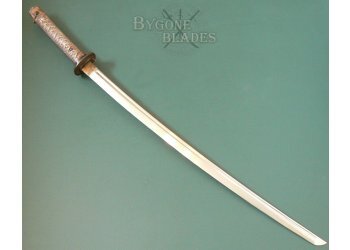 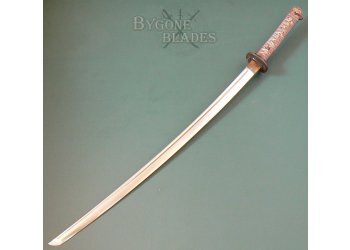 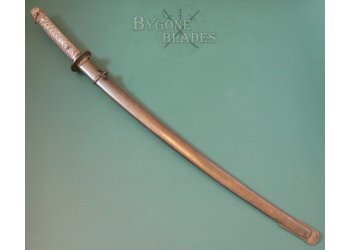 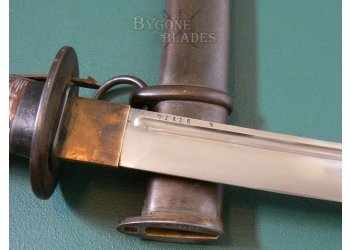 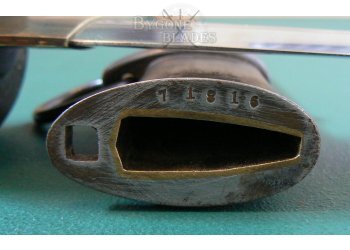 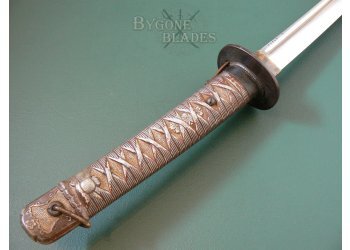 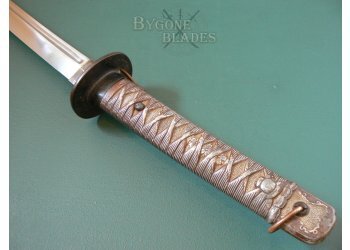 This sword has a cast aluminium tsuka (hilt) with a 4mm thick plain iron tsuba (guard). The fuchi (collar) is also iron. Prior to the attack on Pearl Harbour in December 1941, the Japanese government ordered that production of swords for the military be increased but that costs be cut and materials such as brass and copper be reserved for other war effort projects such as munitions.

The 67 cm (not including the habaki) machine made blade is in excellent condition. The serial number 71816 and a Tokyo First Arsenal stamp are clearly marked above the bohi (fuller). The blade was armoury sharpened and is very sharp.

The cast aluminium tsuka (hilt) retains little of its original paint – testifying to its use and service. The tsuka is firm on the tang. The scabbard latch is in good condition and works well.

The steel scabbard is in excellent condition, without dents or damage.  The serial number on the throat of the scabbard matches that of the blade.

Japanese WWII swords are amongst the most copied/faked of all swords and prospective buyers should beware.

This is a great and guaranteed genuine Japanese NCO’s Type 95 sword that was most likely carried by a career soldier.